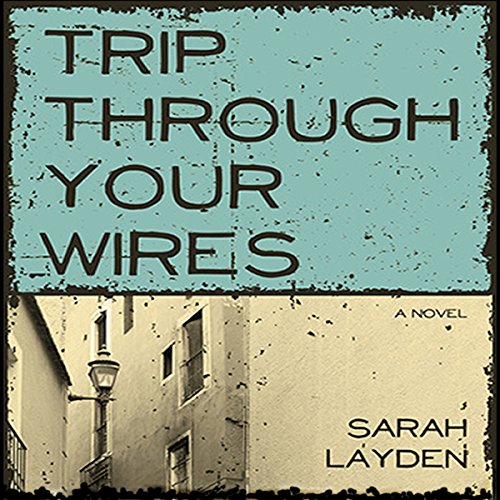 Trip Through Your Wires

A clue to her boyfriend's murder during a study abroad program in Mexico draws Carey back into the mystery that led to his death, forcing her to re-examine her own culpability and the self-delusion that blinded her to the dangers of his world. Ben's missing passport resurfaces, and Carey, now in her late twenties and living with her parents in Indianapolis, learns that her Mexican restaurant co-workers know more than they've said. Past and present collide, bringing the truth into sharp focus.

What listeners say about Trip Through Your Wires

What did you love best about Trip Through Your Wires?

A great story in the literary fiction genre. Well written however I struggled with the author reading the story herself unfortunately.....lovely voice that suits the novel but just not as professional as I'm used to.

Yes, I think I would try another book from Sarah Layden

Would you recommend Trip Through Your Wires to your friends? Why or why not?

Sarah has a nice voice to listen to, the story was interesting and thoughtful, so yes, I think I would recommend this to friends.

Sarah has a nice voice and I liked the musical breaks for the chapters.

This book is a mystery that will leave you guessing until the very end. The narration and story were both very compelling. It is a perfect blend of past and present, mixed with the stirring emotions of Carey's own role in the events. It is hard to figure out who knows what and how it will all come together, but it does in a most satisfying way, A great listen for the long days of winter.