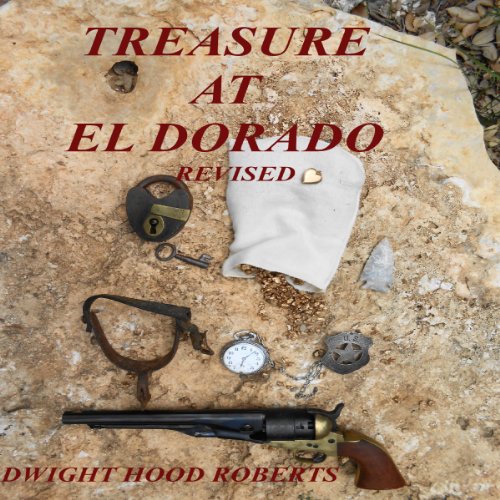 By: Dwight Hood Roberts
Narrated by: Andy Babinski
Try for $0.00

The story takes place in Wyoming territory in the 1870s. Will Roberts, a drifting cowboy wanders into the little sleepy town of El Dorado. He stops at the local saloon for a drink and maybe a tip on where he can find a job. While reluctantly sharing a table with a grubby stinky prospector he is drawn into a gunfight and saves the man's life.

Salty, the prospector, rewards Will with half interest in his gold mine. Later that day will meets Victoria and falls madly in love with her. She too falls for Will and after a week of courting they want to get married but Will is broke with only his horse and saddle to his name. He is skeptical about the mine but he decides to tag along with Salty to see if it is real.

Meanwhile the notorious Lard man brother outlaw gang is looking for Will and Salty to avenge their two brothers who Will and Salty killed during the saloon gunfight. The chase is on from the mine to Cheyenne then to Laramie. The Lardman gang will stop at nothing to find Will but the worst brother, Jude is a woman hating sadistic killer and he is on his way to El Dorado to take out his hatred and lust on Victoria. Will finds out and races to save Victoria but many obstacles stand in his way. Will he save Victoria? Is the Gold mine real?

What listeners say about Treasure at El Dorado

Would you recommend Treasure at El Dorado to your friends? Why or why not?

Was Treasure at El Dorado worth the listening time?

New narrator, or give this one some lessons.