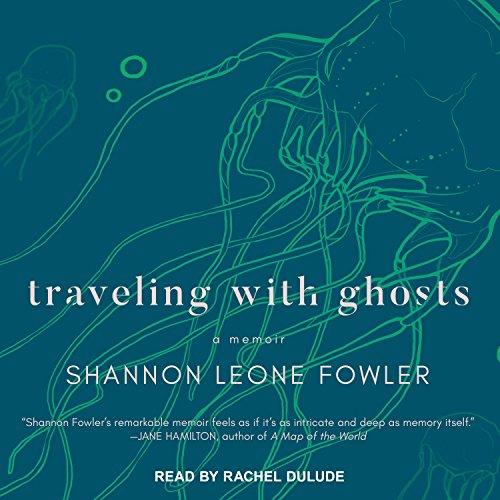 By: Shannon Leone Fowler
Narrated by: Rachel Dulude
Try for $0.00

In the summer of 2002, Shannon Leone Fowler, a 28-year-old marine biologist, was backpacking with her fiancé and love of her life, Sean. Sean was a tall, blue-eyed, warmhearted Australian, and he and Shannon planned to return to Australia after their excursion to Koh Pha Ngan, Thailand. Their plans, however, were devastatingly derailed when a box jellyfish wrapped around Sean's leg, stinging and killing him in a matter of minutes as Shannon helplessly watched.

Shattered and untethered, Shannon's life paused indefinitely so that she could travel around the world to find healing. Travel had forged her relationship with Sean, and she hoped it could also aid in processing his death. Though Sean wasn't with Shannon, he was everywhere she went - among the places she visited were Oświęcim, Poland (the site of Auschwitz); war-torn Israel; shelled-out Bosnia; poverty-stricken Romania; and finally Barcelona, where she had first met Sean years before.

Cheryl Strayed's Wild meets Helen Macdonald's H Is for Hawk in this beautiful, profoundly moving memorial to those we have lost on our journeys and the unexpected ways their presence echoes in all places - and voyages - big and small.

What listeners say about Traveling with Ghosts

A story of love, loss, and survival

This is a well written, poignant story about loss and grief and finding one's way through. Amidst the tragic story are interesting travel adventures and heart wrenching historical lessons from the places the narrator visits, such as Israel, Poland, Croatia, and others.

Felt more like a travel guide at times. It was ok, but I provably wouldn't recommend it if someone asked for a suggestion for a memoir.