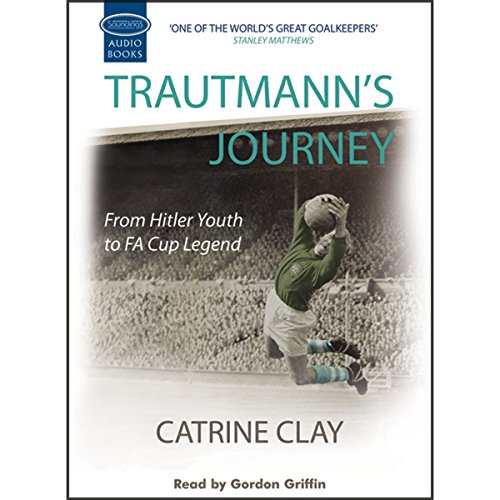 Bert Trautmann is famed as the goalkeeper who broke his neck in an FA Cup final and played on. But his early life is no less extraordinary: he grew up in Nazi Germany and fought for the Germans in World War Two. In 1945 he was captured and sent to a British POW camp where, for the first time, he saw a better way of life. He embraced England as his new home and before long became an England football hero. This is his extraordinary story.

Couldn't turn it off! Couldn't make it up!

I was fascinated because I am interested in WW2 history and once lived in Germany teaching with BAOR and loved it. In this book we learn about recent history through this amazing story about an ordinary life which became extraordinary through a great ability in football. The irony is that I am no football fan but was swept along by a man who played on in goal with his neck broken! I would love to have met him and said a few words in the German language which I came to like a lot. A lovely guy who suffered in his personal life. The reader draws you in and is convincing so you see it all vividly. If you are interested in footballing legends you will really love this.