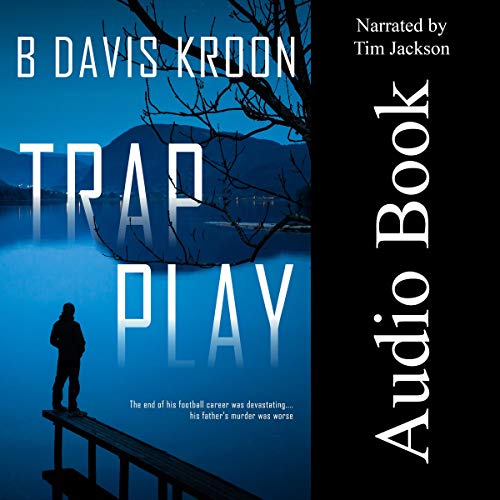 By: B. Davis Kroon
Narrated by: Timothy Howard Jackson
Try for $0.00

After one concussion too many, Ben Leit is done as the NFL’s golden boy quarterback. Then, his father, who was about to expose a bombshell sports scandal, is murdered.

While Ben sets himself up as the killer's next target Mimi Fitzroy, CIO for Rex Sports International, panics when she discovers somebody was using Rex to stalk the recently murdered Frank Leit. Worse, she finds thousands of stolen emails that prove Rex is breaking a ton of federal laws.

Ben and Mimi find a connection they didn’t want and weren’t looking for. As for whether they can trap the killer before the killer takes them out? The three of them are headed for an explosive showdown in Seattle...and not everyone will walk away.

What listeners say about Trap Play

Let me start by saying this story fell outside my preferred genre; a friend recommended this book. That said, I found the story to be entertaining and well put together. There is good character development with lots of story details. From beginning to end, the story is engaging. My one critical point is the ending. My personal preference would have this story as a stand-alone novel with more closure than setting up a series. The narration and production quality are first-rate. I like that the narrator didn't overreach with any of the character's voices. He stayed in his range. Overall an all-around good listen.