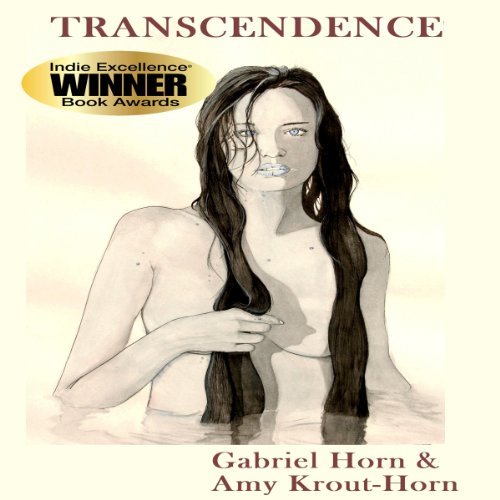 Transcendence is a mesmerizing audiobook of magical realism seamlessly woven with threads of primal wisdom. It will reacquaint listeners with the profound beauty of our mother planet, while turning their mind's eye to rarely realized realms of possibility. Transcendence by Gabriel Horn and Amy Krout-Horn has won the 2012 National Indie Excellence Book Awards in the category of visionary fiction.

What listeners say about Transcendence

I highly recommend Transcendence by Gabriel Horn & Amy Krout-Horn as a must-read for those looking for a beautifully written book told from a Native American perspective.

Sanders Tahchee, the character whose life from birth to old age is most prominently revealed and revisited throughout this work, is the one whose spiritual journey is paralleled with the other characters in the book. The Tahchee character interests me a lot because, like me, he wonders about his life and the world and thinks deeply about it. Unlike me, his life path is guided by the visions he experiences and he can shape-shift.

What does Daniel H. Vimont bring to the story that you wouldn’t experience if you just read the book?

While the rich command of language and imagery provided by the Horns throughout this book stands alone in making this one fine piece of mystical realism, Daniel Vimont’s audio rendition is really spot-on. His vocal contribution adds in an extra element of interpretation to the text (sort of like what Ken Branagh does with his interpretation of Shakespeare). In addition to this, Daniel Vimont provides an extra layer of colors and texture in his reading that really makes the characters come to life.

For me, this was the kind of audiobook that was complex and thought-provoking enough to require listening in small increments. I had to have a good think between sections before going on.

The juice is worth the squeeze on this one!

Just not my kind of read...listen

Not really. I had a hard time connecting with the story and felt lost most of the time.

What could Gabriel Horn and Amy Krout-Horn have done to make this a more enjoyable book for you?

I'm not sure. It is just not my type of read/listen making it even harder to follow for me.

What about Daniel H. Vimont’s performance did you like?

He does a good job of changing his inflections from character to character.

Do you think Transcendence needs a follow-up book? Why or why not?

I am probably not the right person to ask this as this is not the type of read/listen I enjoy.