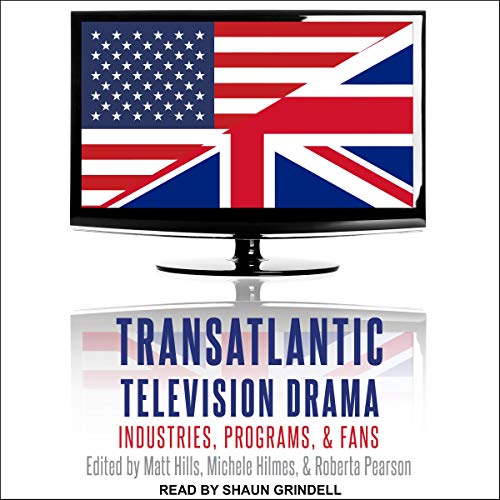 In 2014, the UK science-fiction television series Black Mirror was released on Netflix worldwide, quickly becoming a hit with US audiences. Like other beloved British imports, this series piqued Americans' interest with hints of dark comedy, clever plotlines, and six-episode seasons that left audiences frantic for more. In Transatlantic Television Drama, volume editors Michele Hilmes, Matt Hills, and Roberta Pearson team up with leading scholars in TV studies and transnational television to look at how serial dramas like Black Mirror captivate US audiences, and what this reveals about the ways Americans and Brits relate to each other on and off the screen.

Focusing on production strategies, performance styles, and audience reception, chapters delve into some of the most widely-discussed programs on the transatlantic circuit, from ongoing series like Game of Thrones, Downton Abbey, Orphan Black, and Sherlock, to those with long histories of transnational circulation like Masterpiece and Doctor Who, to others whose transnational success speaks to the process of exchange, adaptation, and cooperation such as Rome, Parade's End, Broadchurch, and Gracepoint.