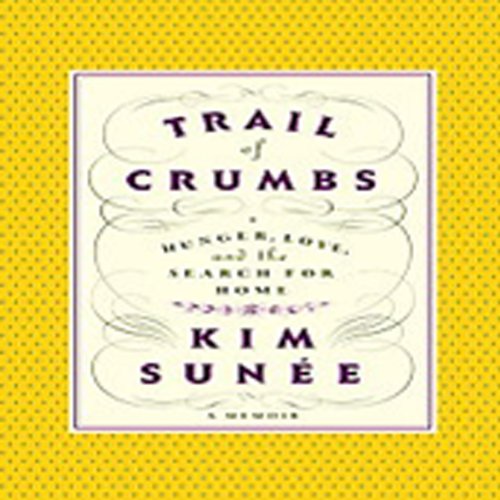 Twentysomething Sunee seems to have it all: beauty, talent, and a charming, wealthy, and very attentive French lover. So why is she so miserable? Sunee, who was born in South Korea, recounts her tragic beginnings (her mother abandoned her when she was 3), her pleasant but far-from-perfect upbringing with her adoptive family in New Orleans, and her passionate love affair with 40-year-old French entrepreneur Olivier Baussan, who travels the globe and owns a sprawling residence in Provence. Whenever she feels lonely, panicked, or out of place, Sunee finds solace in preparing gourmet meals. But time in Olivier's kitchen brings her no closer to discovering who she really is.
©2007 Kim Sunee (P)2007 Books on Tape

A better story with some more real hardships and life lived. Ms. Sunee's writing is certainly good, the problem is that there isn't enough substance in her memoir to give any meat to the narrative. Her youth, relative privilege, and first her comfortable and then her luxurious lifestyle made it difficult to sympathize with her main complaints: a lack of roots (being an abandoned adoptee), a lack of belonging (being an Asian American in Europe), and a lack of accomplishments of her own. It's just hard to feel sorry for or root for someone who bounced from one opportunity to another in Europe and accidentally landed in the arms of a multi-millionaire lover who needed a muse, hostess, and home chef. Sure, her struggles were real and heartfelt, and the descriptions of the meals alongside with the tantalizing recipes kept me reading the book to the end, but I can't recommend it to anyone except maybe struggling writers, Asian American adoptees of white families, underemployed expats or true foodies looking for a cookbook with a bit of a narrative between the recipes.

What could Kim Sunee have done to make this a more enjoyable book for you?

Be a little less self-absorbed.

What character would you cut from Trail of Crumbs?

None. And the narrator did a great job with voices of the different people.

Someone needs to instruct the reader, Justine Eyre, on Italian pronunciation. Hers was TERRIBLE. We have a first person narrative of a linguist who is a foodie so we need BELIEVABLE pronunciation of all dish names and ingredients. It was PAINFUL listening to Justine say "Parmi GEE ahno Re GEE ahno." Kim Sunee would NEVER have mispronounced that. In Italian, the letter i after a g simply makes the g SOFT, it does not function as a vowel itself. Thus, "parmiJahno" is how you say it. Similarly, is it mas-CAR-pone cheese, not MAR-sca-pone. Ugh!

I kept waiting for something exciting to happen, but it never did. The author spent WAY too much time describing the character's self doubt and not enough time describing the people she met and places she visited.
I enjoyed the recipes at the end of each chapter.
However, you could cut out 1/2 of this book (while living in Provence) and not miss a thing....