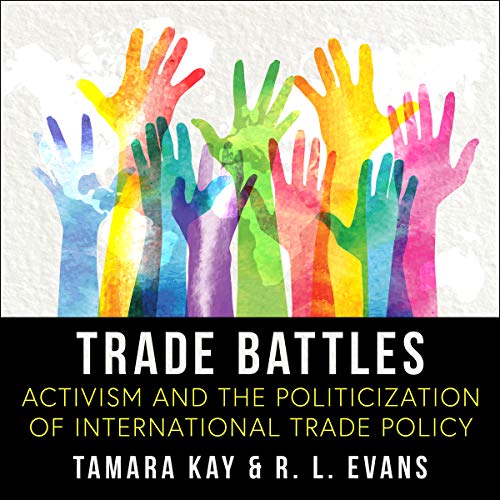 Trade was once an esoteric economic issue with little domestic policy resonance. Activists did not prioritize it, and grassroots political mobilization seemed unlikely to free trade advocates. The passage of the North American Free Trade Agreement in the early 1990s was therefore expected to be a fait accompli. Yet, as Trade Battles shows, activists pushed back: They increased the public consciousness on trade, mobilized new constituencies against it, and demanded that the rules of the global economy protect the collective rights and common good of citizens. Activists also forged a sustained challenge to US trade policies after NAFTA, setting the stage for future trade battles.

Using data from extensive archival materials and over 215 interviews with Mexican, Canadian, and US trade negotiators; labor and environmental activists; and government officials, Tamara Kay and R.L. Evans assess how activists politicized trade policy by leveraging broad divisions across state and non-state arenas. Further, they demonstrate how activists were not only able to politicize trade policy, but also to pressure negotiators to include labor and environmental protections in NAFTA's side agreements.

What listeners say about Trade Battles