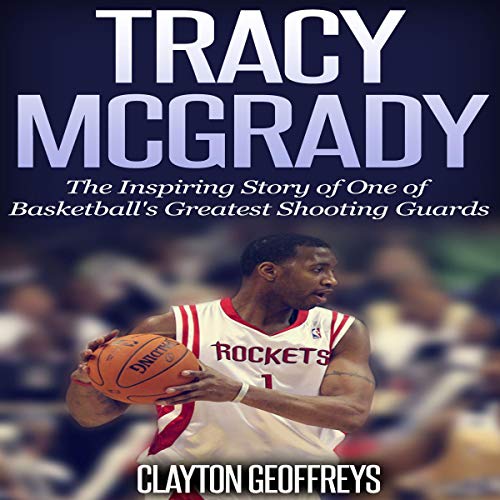 By: Clayton Geoffreys
Narrated by: David L. Stanley
Try for $0.00

In Tracy McGrady: The Inspiring Story of One of Basketball's Greatest Shooting Guards, you'll hear about the inspirational story of basketball's superstar shooting guard, Tracy McGrady. T-Mac rocked the basketball world in the early 2000s by quickly blossoming into a perennial All-Star with the Orlando Magic. While he struggled later on in his career with injury problems, fans remember Tracy McGrady for his incredible explosiveness and thrilling ability to get to the basket.

He may not have ever won an NBA Championship, but T-Mac certainly left a lasting legacy in the NBA, as other greats such as Kobe Bryant cite Tracy McGrady as one of his toughest matchups to ever play against.

What listeners say about Tracy McGrady

You can tell this was read by a non-NBA fan by the hilarious pronunciation of Dirk’s name as “Nirk Dowitski” pronounced with a wit, not a vit.