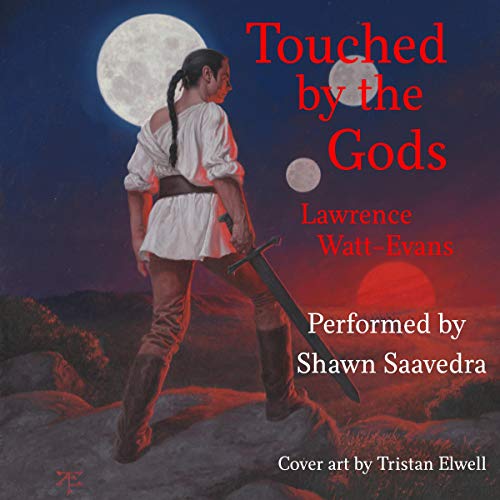 Touched by the Gods

The gods had chosen the Domdur to rule the world and had chosen Malledd to be their champion among the Domdur. They had not asked Malledd whether he wanted the job. Now a wizard has raised an army of the undead to overthrow the Domdur Empire, and the world awaits the divine champion who is to save them - but will Malledd come? And if he does, can he be the savior the Domdur expect, or has the gods' favor turned elsewhere?

What listeners say about Touched by the Gods

Originally I was stoked, both by Saavedra and another fantasy Evans; I still listen to the Obsidian Trilogy. Sadly, this new adventure took waaaayyy too long to get started, and the main character just didn't pull me in like Arlian did. It is a decent listen, but the confrontations and character development were definitely a miss.

A bit long to get there, but ultimately satisfying

While the Hero may be the most reluctant I've seen, the climax is ultimately satisfying and the story remained interesting throughout. Recommended.