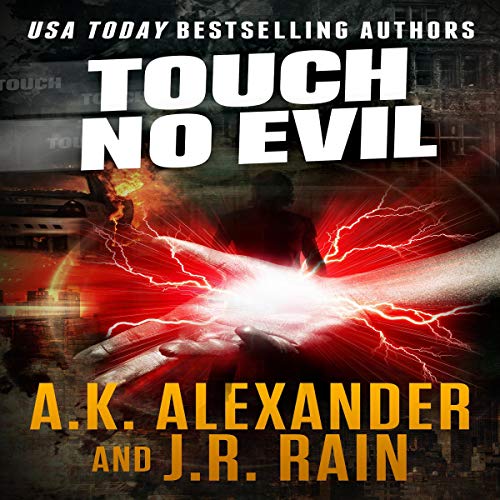 The thrilling fourth and final novel in the number one best-selling psychic spy series!

In Touch No Evil, they thought John Herrel was dead, but they were dead wrong. Is PSI’s former psychic healer — and now a rogue agent — also a traitor?

Kylie is an audial psychic who can hear conversations from far away. Noah can see into the past. Ayden can see into the future. Kylie’s sister, Hope, can time travel. John was once PSI’s psychic healer…and Kylie’s true love. But Ky’s world is torn apart when damning evidence implies that John betrayed the team. But did he?

Kylie wants to save a group of psychics — many are children — who are being held captive at a secret compound and forced into training to become psychic weapons.

The PSI team has a bigger problem than finding John. The Child of Anarchy, who is foretold to bring about the end of the world, is about to come into power. The PSI team must use ancient secrets stolen from the past in order to save the future. But they only have 48 hours to do it....

Touch No Evil is the stunning climax to PSI, an unforgettable, fast-paced international action adventure thriller series featuring a team of psychics who can see the past and change the future. Touch No Evil is the fourth and final book in the PSI series.

What listeners say about Touch No Evil