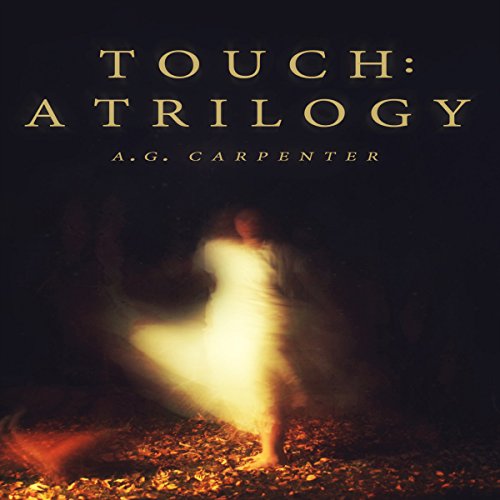 By: A. G. Carpenter
Narrated by: Darla Middlebrook
Try for $0.00

"I loved this novella series. Brooding, earthy, whispering to us with a delicious mood of creeping dread while filling the heart with a pure sense of wonder." - Charles de Lint, World Fantasy Award-winning author of Moonlight & Vines

"A. G. Carpenter's Touch Trilogy is a terrific paranormal mystery series.... If you like Faith Hunter's Jane Yellowrock series, you owe it to yourself to check out A. G. Carpenter." - Bruce Bethke, Philip K. Dick Award-winning author of Headcrash

Magic and madness don't always run hand in hand, but there's a reason they call it the Touch.

Delaney Green is one of them that don't burn, not that no one ain't never tried. After her mama tried and failed to murder her for pulling on the future like it was a piece of string, Del has spent her whole life in a mental institution for her own safety. And everyone else's. No one wants to see what might happen if she goes cracked.

When a dozen young women turn up burned to a crisp, local folks are quick to point the FBI team investigating the supernatural killings straight at Del. But Percival Cox, the quiet agent with secrets and magic of his own, doesn't see a monster, and he finds himself drawn toward Del and her strange abilities.

As Del struggles to keep their newfound love from going the way of Romeo and Juliet, but with less fancy speech and a lot more killing, she'll cross from this life to the next, and back. Her daddy always said once you see the future you can change it, and Del will do her damnedest to temper the wild magic she sees in Percy before he destroys them both.

"The 'Touch' trilogy is a masterclass in world-building, tells a fascinating story with economy and intelligence, and does so with fine, pared-down prose. But best of all is the characterization; Carpenter writes about real people the reader comes to care about. An all-round winner!" - Eric Brown, Philip K. Dick Award-nominated author of The Fall of Tartarus

What listeners say about Touch: A Trilogy