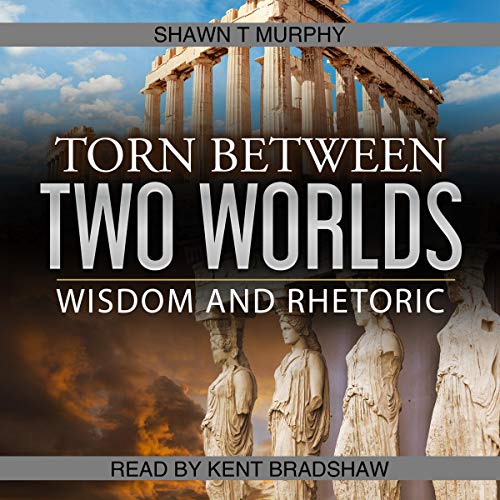 By: Shawn T Murphy
Narrated by: Kent Bradshaw
Free with a 30-day trial

Even if science and religion work together to break down barriers and expand the understanding of the universe, there is another battle on a different dimension that we need to examine.

Knowledge without wisdom can be even more dangerous when coupled with someone talented in rhetoric. Rhetoric in this audiobook is defined as the use of knowledge and beautiful speech to achieve a political objective. Philosophy is defined as the “love of wisdom”, and the search for it among the rhetoric will prove difficult. I must admit that it took me many years to be able to understand and verbalize this dimension.

Trying to understand the difference between an argument based in laws and one that is almost all based in laws is often impossible without looking at the personal motivations and character. Often, this cannot be known in time and can only be studied after the fact. This audiobook will analyze some key moments in history, starting with the master of this topic, Socrates. Thanks to Plato, the words of the master of logic have been preserved, and we can examine the battle he fought between wisdom and rhetoric and the impact of his loss on the world.

The subtleness of this loss is symbolized on the cover of this audiobook by the difference between the Ionic and Doric order. The Erechtheion is an Ionic-order temple built by the enlightened of Athens. The six Karyatides staring out to the ocean depicting the women of Athens carrying the weight of society while their men were defending Athens from foreign invasion. In his early life, it was Socrates who carved these six images of his wife, the wife who was stolen from him by a Spartan as he was away defending his country. It was this materialistic society who built the monstrous Parthenon, with none of this subtle symbolism of the value of women to the enlightened Greeks.

What listeners say about Torn Between Two Worlds, Volume 2: Wisdom and Rhetoric