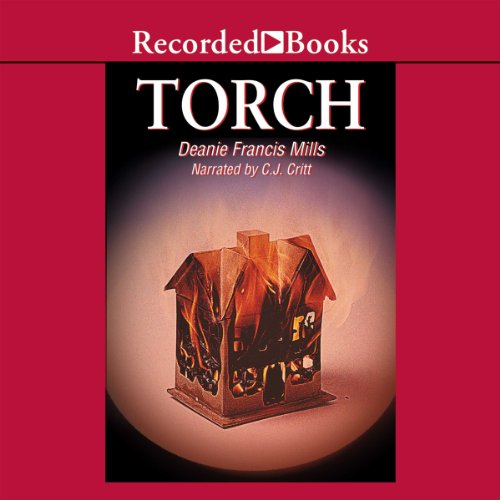 Deanie Francis Mills is praised as a fresh voice in suspense. Says best-selling author Dean Koontz, "Deanie Mills is Mary Higgins Clark with an edge." Torch ignites in the opening chapter and blazes through a gripping tale of physical and psychological terror.

An investigative reporter sensing a big story, Jillian Ross drags her friend Randi into a rough Dallas neighborhood to cover a political rally. When a riot breaks out, Randi is gruesomely murdered. Feeling responsible, Jillian descends into a lethargic depression. Her friend Ash McGraw, a fire investigator, gets her moving again when he enlists her help to find a serial arsonist. But the arsonist is always a step ahead--almost as if he’s inside Jillian’s head.

Torch crackles with tension and keeps listeners on the edge of their seats. Narrator C.J. Critt delivers an incendiary performance that captures the grit of two strong people fighting to stop a madman.

What listeners say about Torch

Overall, I liked this audiobook. I've enjoyed CJ Critt's other readings, mainly the Stephanie Plum series. This one had odd breaks in the reading, like she had to turn a page & refind her place. The story itself held your interest. The ending wrapped up too fast & neatly