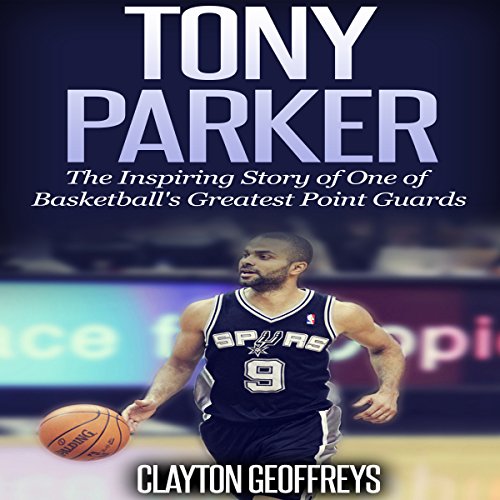 By: Clayton Geoffreys
Narrated by: John St Denis
Free with a 30-day trial

In Tony Parker: The Inspiring Story of One of Basketball's Greatest Point Guards, you'll hear about the inspirational story of basketball's premier point guard, Tony Parker. Tony Parker became one of the first international players to create a lasting impact in the NBA at the point guard position. In an age filled with greats like Jason Kidd, Steve Nash, and Tim Duncan, Parker played in one of the most exciting eras of modern basketball. In Tony Parker's duration as a San Antonio Spur, the Spurs have won six NBA championships and created a perennial contender. While he may have been considered raw upon first entering the league, Tony Parker worked tirelessly throughout his first few seasons in the league to ensure his sustainable success in the NBA. Whenever he decides to retire, he will be remembered as one of the key pieces of the San Antonio Spurs Big Three.

Here is a preview of what is inside this audiobook:

What listeners say about Tony Parker