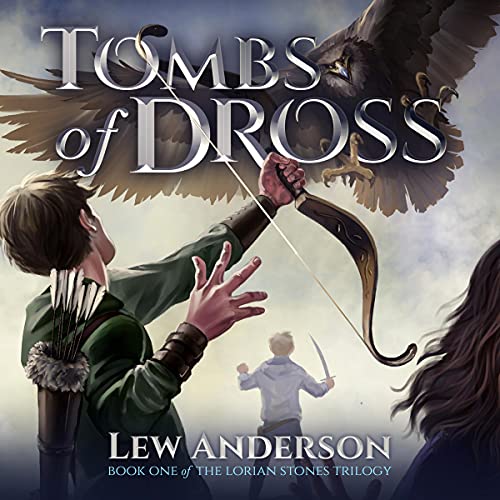 Hunted, stranded, shipwrecked, sold, and betrayed...all to find an old book and realize who you really are.

After discovering a mysterious stone pillar, Isaac, Zac, and Breezy find themselves fighting for their lives in a strange and perilous world, unaware of the disruption they bring. Hunted by the immortal Lord Sasson, the teens forsake all to pursue an ancient quest in hopes of returning home. Together with some misfit rebels and a giant lynx named Nusa, they battle over land and sea while learning who they are and the ultimate sacrifice they must make.

What listeners say about Tombs of Dross