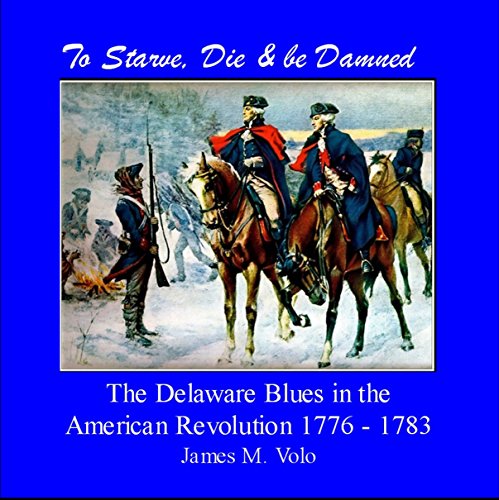 To Starve, Die & Be Damned

By: James M. Volo
Narrated by: Randal Schaffer
Try for $0.00

This audiobook is about the Delaware Blues and their indefatigable officers, particularly Peter Jaquett and Robert Kirkwood. These soldier-comrades from Delaware - the only Continental Regulars to serve from their state - earned unrestrained praise for steadfastness and valor. Captain Enoch Anderson of the Blues noted, "Let it be observed here, once and for all, the Delaware Regiment was never broken, no, not in the hottest fire!" General Henry "Light Horse Harry" Lee declared, "No regiment in the army surpassed it in soldiership!"

A partial list of their battle honors includes Harlem Heights, Brooklyn, White Plains, Trenton, Princeton, Brandywine, Germantown, Monmouth, Camden, Cowpens, Guildford Courthouse, and the Siege of Yorktown. The only major northern campaigns of the revolution in which the Delaware Regiment did not serve after 1776 were the Saratoga and Mohawk Valley Campaigns of 1777-1778. The men from both these states served with steady distinction throughout much of the war, and were some of the men Washington could trust even from the earliest days of the revolution, when so many Patriots were ill trained and green to the terrors of armed conflict.

What listeners say about To Starve, Die & Be Damned