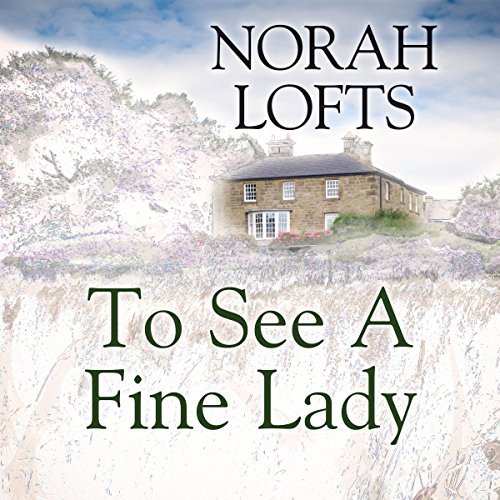 To See a Fine Lady

By: Norah Lofts
Narrated by: Charlotte Strevens
Try for $0.00

When, at the Pollards Harvest Supper of 1817, Araminta Glover was seduced by Jan Honeywood, the outcome seemed inevitable.

Araminta, like so many servant girls, would marry her poor suitor and prepare to raise a large family on nine shillings a week. But 17-year-old Araminta was determined enough to rebel against the pattern of impoverished rural life, and, putting marriage and Jan firmly behind her, she accepted the post of dairymaid in the house of the strange Mrs Stancy - thrifty, terrifying, and vicious - a woman who was not what she appeared to be.... And here begins a new life for Araminta Glover.

What listeners say about To See a Fine Lady

Excellent story with plenty of drama as well as the expected historical accuracy and interest.
Araminta is an unusual early nineteenth century heroine in that she has sense as well as intelligence and personal attractiveness, but sadly the intelligence is well-hidden by the narrator's insipid rendition.
A listener could be forgiven for believing that Araminta is a brainless rustic doll which considerably spoils the story. The narrator's delivery is that of a nursery teacher reading to a group of under fives, there are a number of mistakes in reading which changes meaning in some places, and overall is not conducive to drama.
If you know and love the book it may be better to stick to print.