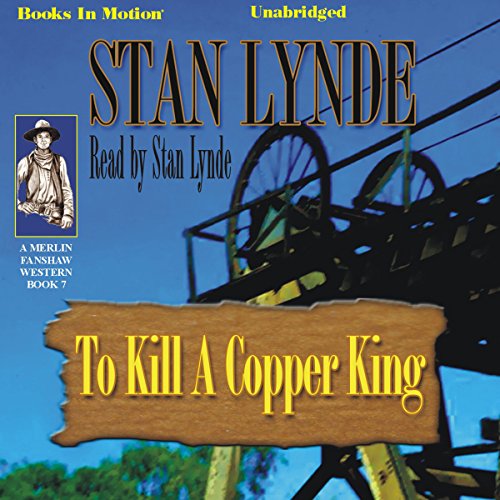 To Kill A Copper King

Butte City, Montana Territory, 1888 - The chance discovery of a virtual mountain of copper brings incredible wealth and power to two men: Irish immigrant and miner, Marcus Daly, and merchant, banker, and investor, William Andrews Clark. The two men become bitter rivals, employing armies of workers from every corner of the world as they battle head-to-head for control of "The Richest Hill on Earth." And then, in the spring of that year, the stakes increase dramatically. Word reaches the U.S. Marshal's office at the Territorial Capitol in Helena that a sinister assassin is stalking Marcus Daly. U.S. Deputy Marshal Merlin Fanshaw is sent to Butte City to investigate the rumor. His assignment leads him into the heart of life in the booming camp and into a desperate race against time to save Daly's life - and his own!

What listeners say about To Kill A Copper King