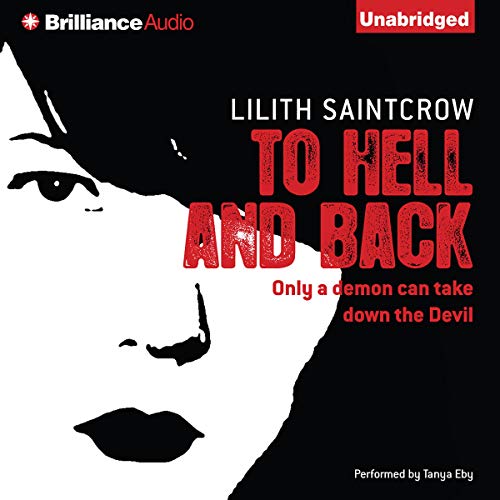 To Hell and Back

By: Lilith Saintcrow
Narrated by: Tanya Eby
Try for $0.00

Dante Valentine has been through Hell. Literally. Her body shattered and her mind not far behind, she’s dumped back into her own world to survive - or not - as a pawn in one of Lucifer’s endless games. Unfortunately, he’s just messed with the wrong Necromance. And this time she’s mad enough to do something about it. This time, the Devil will pay.

"This is the ultimate in urban fantasy." ( Romantic Times)

What listeners say about To Hell and Back

Lots of potential, but doesn't quite hit the mark

Would you try another book from Lilith Saintcrow and/or Tanya Eby?

Tanya Eby, yes, even though she pronounces some words strangely (like ballet).
Lilith Saintcrow, perhaps not. Based on this series, her writing appears to be very repetitive and if it were a normal book I'd skim through, but it's hard to do that in an audiobook.

What could Lilith Saintcrow have done to make this a more enjoyable book for you?

Dante's character needed more careful evolution in the series so that they way she ends in this last book makes sense. Also, I understand Dante's character is tough and warrior-like, not necessarily a thinker (despite her love of classics and history), but she comes off as kind of dense. Her intense rages and constant brooding over herself prevent her from using her good sense and skill to actually put together all the clues she gets to come to the right conclusions. For example, she is provided with enough information to understand what the relationship between Hedera and Anankimel (pardon the spelling since it's an audiobook), but she keeps running around getting the same answer from various sources. Hardly ever do we get any new information. If she paid a little more attention instead of letting her emotions go so raw and trying to kill everyone, she might not have descended into utter stupidity as she did in books 4 and 5. They were a real mess plot-wise, with only a few scattered points of interesting writing.

What character would you cut from To Hell and Back?

Perhaps Leander, as his character never developed fully and what was the point of the government tracking them after all.

This series has great potential, but the writing and plot development fell sadly short. I'm not usually harsh on my books, but I wanted very much to like Dante more. Unfortunately, as the series progressed, I liked her less and less. At least Jaf stayed fairly consistent...

great story just. mc is a little winny for the mc. but still very great.

Being an avid reader across most genre I've been so surprised and pleased to have found Lilith SaintCrow ! Rarely have I found an author as talented as she ! Her mix of story line , description , and characters pulls one into the tale in such a way that one feels as if they are present,able to experiencing it (the story) along side the characters ! Great great fantasy or future reality !!!