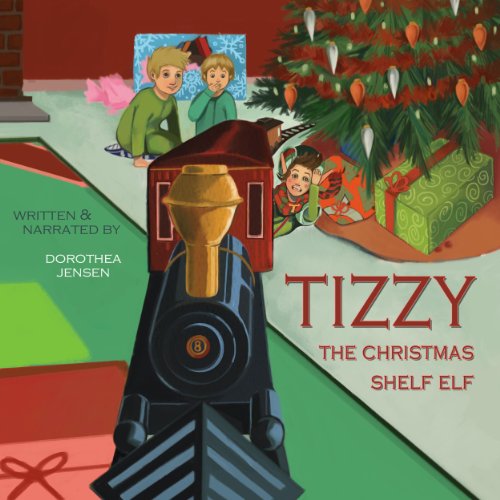 The first of the "Santa's Izzy Elves" stories, this Christmas tale in verse celebrates the power of children's imaginations and the magic of books.

Naughty Owen and Alex sneak downstairs early on Christmas morning before their parents are up and open one of their big presents from Santa. They are disappointed to find that it is a bookshelf filled with books - not the electronic games they were hoping for. Their disappointment turns to amazement and concern, however, when they find Tizzy, one of Santa's elves, who has been packed inside the bookshelf by mistake.

Tizzy, desperate to get back to the North Pole, points out that Santa's sleigh is powered by the imaginations of children, and asks the two boys to use the power of their own imaginations to send him home. But how?

Dorothea Jensen is an award-winning author of fiction for children. Her novel about the American Revolution, The Riddle of Penncroft Farm, has been used in classrooms all over the U.S. for more than twenty years.

She is also an experienced actress and singer. She performed with the Ex Machina Baroque Opera Company in Minneapolis, and also played Gilbert and Sullivan battle-axe contralto and ingenue mezzo roles with companies in Philadelphia and Minneapolis.

What listeners say about Tizzy, the Christmas Shelf Elf