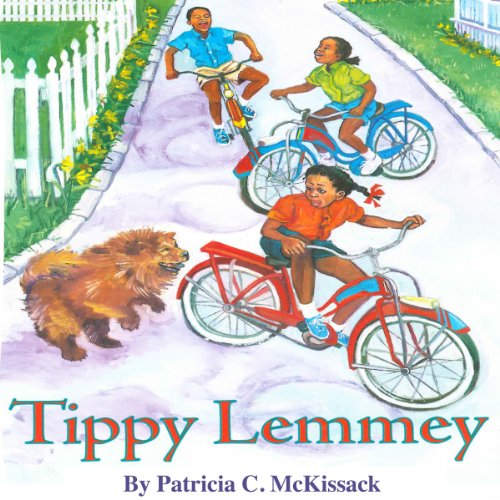 By: Patricia C. McKissack
Narrated by: Emily Bauer
Try for $0.00

A new dog in town Tippy Lemmey is no ordinary dog. Not only is he the only dog Leandra, Paul, and Jeannie have ever met with a first and a last name, he's a living, breathing monster! When they ride their bikes, he chases them, snapping at their heels. When they run, he runs. If they cross the street, he follows. There's no getting away from him - over him or under him. He's their number one enemy. Leandra, Paul, and Jeannie try to come up with a plan to stop Tippy Lemmey, but nothing works. But then Tippy does something totally unexpected, and the kids realize that maybe he's not their enemy after all.

What listeners say about Tippy Lemmey