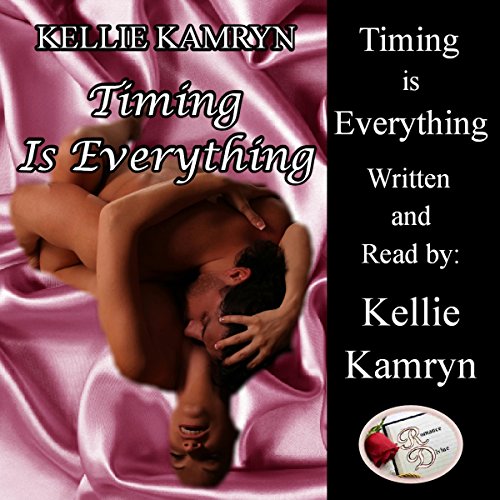 A few months after her cancer goes into remission, Cassie Marten's libido awakens with a vengeance. How unfortunate that she lusts after the office playboy who also happens to be her project manager at the architecture firm where she is employed. Travis Roy's reputation as a ladies man is unjustified, yet he refuses to dispel it. Aware of what it costs him, he has kept his attraction to Cassie hidden until it threatens to consume him. Passion ignites between the two of them, and he worries the truth might not catch up to his lie. The two lovers convince themselves their relationship is only about casual sex. But when Cassie is forced to reveal her past medical condition she learns she's not the only one keeping a secret.

What listeners say about Timing Is Everything

Narrator's Smacking Lips and that music.....

I tried, I really did.

The narrator's lip smacking, heaving breathing and the gosh awful music that popped up were just too much for me

If those things don't bother you, then the amateur writing style and stilted dialogue might.

I can't recommend this one - even if you have Audible Escape......

Would you consider the audio edition of Timing Is Everything to be better than the print version?

Hearing from the author's own voice is just an amazing turn. The emotion feels real. MUCH better than hearing a book read by someone else. Yes, those are good, but this is SO much better!!

What was one of the most memorable moments of Timing Is Everything?

When she ran out of the building to her car because he discovered about her hair and she was crying - and Kellie sniffled right along with her... heartbreaking!!

Have you listened to any of Kellie Kamryn’s other performances before? How does this one compare?

I laughed and cried right along with the characters ... and I will admit - the love scenes were HOT.

Ms. Kamryn is an amazing author - and now that I know she is just as amazing when it comes to taking her work and making it audible... I might just invest more in audible books. This is literally my first audible book BY CHOICE. AMAZING WORK KELLIE!!!