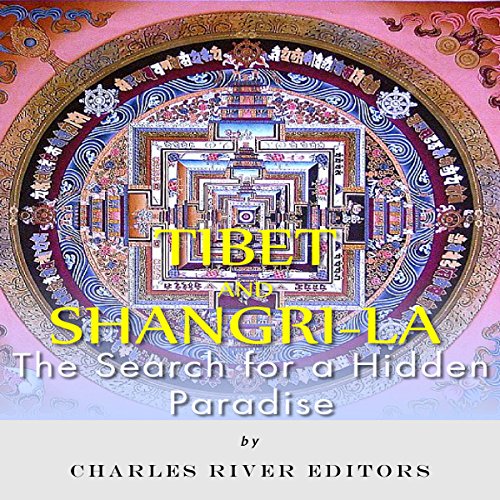 Tibet and Shangri-La: The Search for a Hidden Paradise

Tibet and Shangri-La: The Search for a Hidden Paradise

"For the valley was nothing less than an enclosed paradise of amazing fertility, in which the vertical difference of a few thousand feet spanned the whole gulf between temperate and tropical" - James Hilton, Lost Horizon (1933)

In 1933, British author James Hilton introduced the world to a new destination for journeys of the imagination: the hidden valley of Shangri-La. In doing so, Hilton built upon pre-existing fantasies, stereotypes and archetypes, many of which were centuries old, but Hilton also created something new in the form of a vision which captured the imagination of his contemporaries and has remained ever since. In Hilton's novel, Lost Horizon, Shangri-La is a valley high in the north of the Himalayas where a monastery (more accurately, a "lamasery," as the inhabitants were lamas not monks) dedicated to peace and study exists. The precipitously steep valley is also home to a rich variety of flora, and its inhabitants are renowned for their longevity.

The Western myth of Shangri-La is part and parcel of a long-term fascination with Tibet, which even today is still seen as a land of mystery, ancient wisdom and spiritual purity on the roof of the world, all of which stands in contrast to the Western world. Even when Lost Horizon was published in 1933, Shangri-La was inseparable from the anxieties of its Western audiences, particularly given the damage done by World War I and the looming World War II.

Where does Tibet and Shangri-La: The Search for a Hidden Paradise rank among all the audiobooks you’ve listened to so far?

I love travel books and discovering the world if it's only from my armchair, it was very interesting to learn about Shangri-La and Tibet.

This book is the first I have listened to about Tibet and I enjoyed it very much, it was very informative and interesting.

Which character – as performed by Phillip J Mather – was your favorite?

I love listening to Phillip J Mather narrate, I always think he has a very good voice to listen to.

Definitely, it wasn't too long so I enjoyed taking a break and listening to it in one sitting.