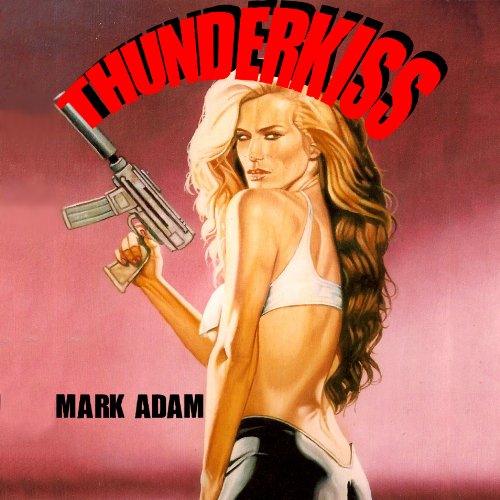 Hell in High Heels. Bel Air, 1968. Flower children and Hollywood elite alike throw themselves into LSD and free love. Across the Pacific grunts fight an increasingly vicious counter-insurgency. Into a cesspool of sex, drugs, glamor, and violence comes a private detective both coolly lethal and stunningly sultry.

On the nation's West Coast, an unlikely triumverate of the LAPD's newly formed Special Investigations Section, rouge operatives of the Defense Intelligence Agency, and a kinky opium warlord in command of strategically vital Cambodia terrain are all about to clash with a female PI who could pass for a modern Mata Hari or a Sunset Strip burlesque dancer. Payback's a Bitch.

What listeners say about Thunder Kiss

The narration was possibly the worst I have ever heard. Good thing the story was short -- I'm not sure how much more I could stand!