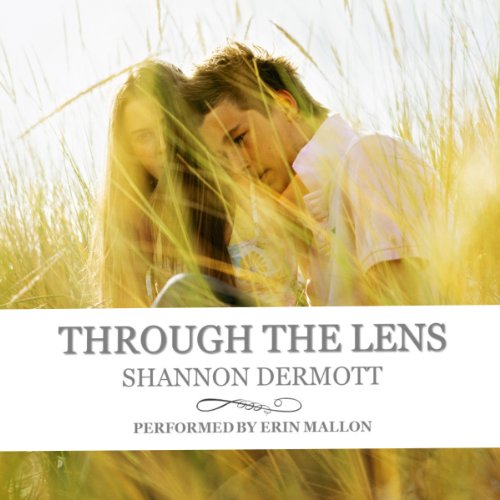 By: Shannon Dermott
Narrated by: Erin Mallon
Try for $0.00

Being a twin isn't all that bad, nor is it all that good. Being the fat twin makes things a little worse. Seventeen year old, Jessa Shelby has been all but ignored. Trimmed down, but not skinny like her sister, she has decided to make her mark in her final year in high school. Things begin anew the summer before her senior year when she makes friends with Ethan Hart, a boy with a twisted past, and Allie, his near celebrity status girlfriend, while taking pictures with her new prized possession. Hanging out with them opened her eyes to a lot of new possibilities including Josh Macon, whom she's secretly crushed on all through high school.

No longer the 'fat girl', Josh now seems interested in her too. Long before the day comes to graduate, Jessa finds herself gasping for air. With her vision clouded from tears born of pain as the straps from her precious camera tighten around her throat, clarity sets in. They say that just before you die your life flashes before your eyes. And on the threshold of death claiming her, she finds that partially true. Her flash begins as if to explain just how she ended up on Death's door. With mere moments left, she has to wonder if trust had come at a very high price.

What listeners say about Through the Lens

Would you listen to Through the Lens again? Why?

I probably would listen to Through the Lens again. It was a somewhat light read. There is drama but it isn't full of heart-wrenching, soul-breaking turmoil. Yet, there is intrigue and excitement.

I really enjoyed being in Jessa's head. She's a pretty down to earth girl with a good sense of right and wrong. She is not the typical YA chic and it was refreshing. There is a bite of angst but she does not over dramatize every little detail of her life.

On the other hand...I wish she would have had more conversation with Ethan. I didn't particularly like how the relationship between them developed. She was so meek and quiet that I didn't feel the connection until much later in the book.

Erin Mallon gave a good solid read. Proper inflection, enough emotion...she was never boring or droll, nor was she immature.

What I loved most about Through the Lens is the air of mystery, the thread of the unknown. Even though I pegged the situation fairly early on, I was still interested in how it would all play out.

Shannon Dermott delivered a mature YA story with a level of responsibility and respect. Giving characters with strong moral convictions and pride. She dealt with a few touchy subjects with great maturity.