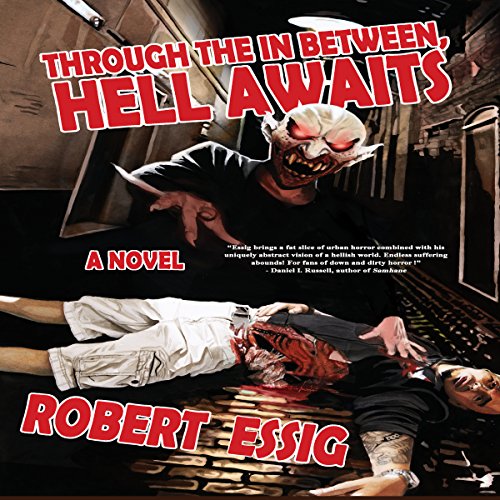 Through the In Between, Hell Awaits

By: Robert Essig
Narrated by: Rish Outfield
Try for $0.00

After an ancient tribe of sentinels disbands, the realm between Earth and Hell devolves into a land where vile beasts roam free and corruption reigns. In this aberrant land time is only relative, and pain can last forever. On Earth there are three strangers in search of something tangible, something real, something that gives meaning to their lives.

Little do they know that a grisly murder in San Diego will mark the beginning of a series of events that will draw them to a world of madness, torture, and lawlessness where they will be forced to fight for their desires and their lives. Once in the realm of the In Between will they ever be the same again? Is there a way back home to Earth, or does Hell await?

"Essig brings a fat slice of urban horror combined with his uniquely abstract vision of a hellish world. Endless suffering abounds! For fans of down and dirty horror!" (Daniel I. Russell, author of Samhane)

What listeners say about Through the In Between, Hell Awaits