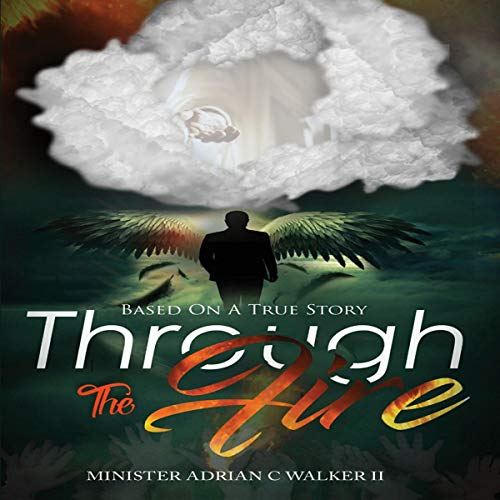 From his youthful perspective, Adrian C. Walker II, who is the eldest of 13 siblings and now author, instantaneously and subconsciously discovered that growing up sooner than later was his determining factor.

In retrospect, leading a sheltered way of living was inevitable but normal, up until his vibrancy became unexpectedly shifted at the age of 12. The plague of bad news surfaced when he and his parents got a diagnosis - Mr. Walker had a bone tumor which was expected by the doctors to end Walker’s life or living his life as a leg amputee.

However, Mr. Walker’s distressful event of receiving his diagnosis was nothing short of the storms he faced in years to come: cancer, two failed marriages, multiple near-death experiences, alcoholism, non-illusionary premonitions, and more.

As a listener of this story, Adrian C. Walker II will guide you through the fire and into his journey as a survivor of many events that were deemed to be his breaking point of life itself. His hope is for you to master the art of humbly doing the same.

What listeners say about Through the Fire

Lessons: We live to learn..

This book was definitely full of life's lessons. The author is a walking testimony. A perfect example of how fast your life could fall apart if God isn't in the mist! Very good write, keep up the great work.

God is not done with you yet!

What an amazing testimony! This is proof that you are not the sum total of your origins!