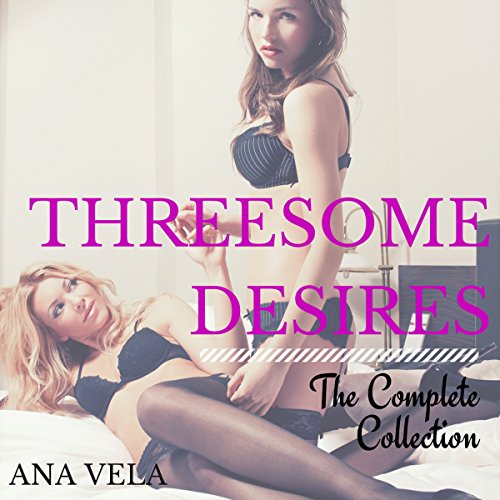 Three is so much better than two! This boxed set includes all four volumes!

The Wife's Surprise: Lance is used to all the pleasures and pitfalls of having a beautiful wife. She's such a temptation, not only for him, but for every man who crosses her path.

When he discovers that she knows his darkest fantasy, however, he wonders if he'll lose her or himself. Or will he open himself up to an entirely new world of passion and pleasure?

The New Neighbor: Alex is stuck in a rut with his marriage and his sex life. However, his boring routines are about to be interrupted. The new next door neighbors are an attractive couple, and Alex worries that his wife may find the husband too hot to resist.

He'll soon discover that the temptation, for both of them, might be too much. What will happen to his marriage if they pass the point of no return?

And, more importantly, what happens when a sexy next door neighbor wants to be welcomed to the neighborhood in style?

Her Little Secret: One night, an unexpected encounter in a club leaves Anne with a sexy, shameful secret. She dives deeper and deeper into a world of pleasure like she's never known before.

Now, she wonders if she's past the point of no return as she shares her dark, spicy secret with her husband.

Will he turn away? Or will he take her lust further than she ever imagined?

Chocolate Spice: After a decade of marriage, Luke and Samantha have found their sex life becoming bland and routine. They decide they need to spice things up a bit by becoming more adventurous. Enter Rochelle, the beautiful, sexy, black woman from Samantha's work.