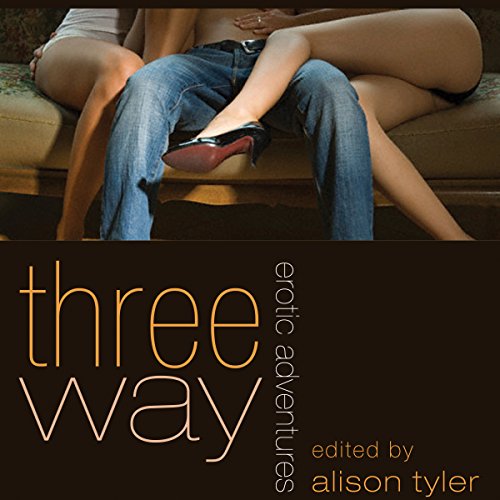 By: Alison Tyler,Shanna Germain
Narrated by: Tara Tyler
Try for $0.00

In Three-Way, 21 of the very best erotica writers offer steamy and surprising variations on the ménage à trois, erotica readers' most often named favorite sexual fantasy. Editor Alison Tyler has gathered a thrilling variety of scenarios that are playful, sensuous, and dangerously explicit. Stories include "The Scarless" by Marcelle Perks, an edgy story about an X-rated movie shoot starring multiple men and a lone woman, and "Third Party" by Dawn M. Pares, where a couple pick up a third at a bar, as they do every so often, only this time their new friend is not quite what he seems.

Three is definitely a charm in this adventurous anthology that begins with Tyler's own true confession of her own first three way as a naughty 19-years-old. In her own words, "Three means more of everything. Maybe I am greedy but, when it comes to sex, I like more of everything. More fingers. More tongues. More limbs. More tangling and wrestling on the mattress." Lucky for readers, she is not the only one and has lovingly selected salacious stories such as dante Davidson's super sexy "1-900-FANTASY," and the masterful Thomas S. Roche's scorching "Two Guys and a Girl," as well as the orgasmic orgy featured in Rebecca Henderson's "Circle of Friends." Alison Tyler's Three Way, serves up plenty of great sex, proving true the adage that "good things come in threes."