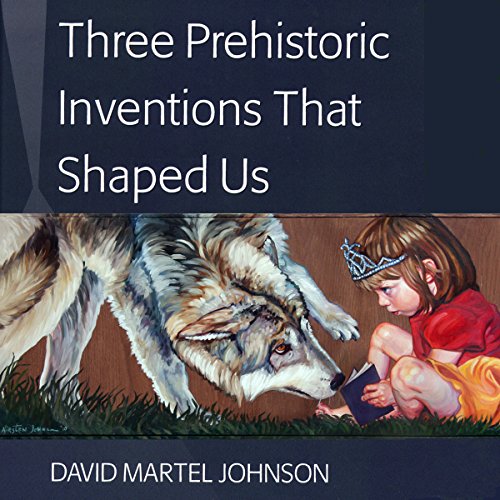 Three Prehistoric Inventions That Shaped Us

Both Darwin and neo-Darwinist theorists like Stephen Jay Gould were wrong to suppose that human nature and the human mind arose out of biological and historical sources alone. Three Prehistoric Inventions That Shaped Us argues that humans are very different from other animals in certain respects and, because of those respects, some of the most important sources of the particular sort of human nature we possess at the present moment, and of the special types of thinking in which we now are able to engage, were cultural ones.

To be more specific, it shows that our present-day human nature was shaped in fundamental ways by at least three intellectual inventions that some of our prehistoric ancestors made - namely, the inventions of religious consciousness, of domestication of animals, and of syntactically organized language.

What listeners say about Three Prehistoric Inventions That Shaped Us

The author tells a good story and ties together his main themes fairly well. He is a philosopher and approaches the subject from that perspective. It's a fun read and easy to follow, but it's definitely not full of scientific facts. The author preferred Noam Chomskey and Stephen Gould's ideas on the early development of man as opposed to Dawkins and Pinker. I definitely am in the Dawkins/ Pinker camp, but that didn't mar the listening experience and I'm always glad to hear a different perspective, and the author presented each camp fairly.

I'm really glad for the existence of audible. I would have never been able to force myself to read this book, but I had a very pleasant experience while listening to it. Thank you audible for making books like this available to me at such a cheap price of only one credit.

The author reads his own book and as with many non-professional readers he reads too slowly. I suggest you listen to it at 1.25 speed.