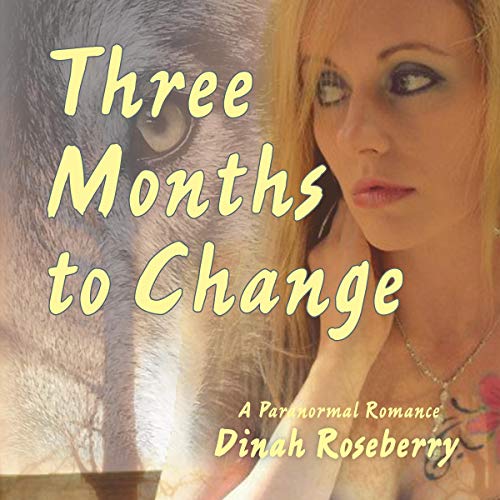 Lenora was changing - not in any frightening way. At least, not at first. There was the intense ability to shield herself from abuse that was very empowering. But her other senses had become heightened as well, and that’s when she’d begun seeing scenes from the past and smoky dark mists in her home.

Meeting Frankie had been a wonderful treat - there weren’t many men who could stir her emotions as he was prone to do. Still, there was something strange about him, something haunting, something she couldn’t put her finger on. Ah, well, desirable men with the air of mystery were compelling and fun. Weren’t they?

And what about Rex? She wasn’t sure. He was part of a fearsome family, making her wonder if such tales of werewolves and monsters were true. Just how did she fit into this strange new world? And why would she even want to? All she kept hearing, however, was that there were only a precious three months before a full change.

What listeners say about Three Months to Change

This book was a surprise for me. The book started of quick then it sort of slowed down but the author had me intrigued. When I thought it I knew where it was going the author surprised me again by changing the plot and increasing the pace.
I liked it more then I thought I would. My only problem was the sort off sex scene. I don't think it was needed, even though she explained why it happened but I felt it was written for the sake of it. I did not believe that the character would fall for it, but she did which really annoyed me becuase it made her really stupid to fall for it or believe it after she did not believe what she was told. Other than this it is a really good book. My favourite characters have to be the wolves, they made me laugh.
I will be looking up this authors other books.

Dinah Roseberry creates a fast paced story with interesting and imaginative storylines and characters. There is a lot going on in this book, shape shifters, ghosts, time travel, alternate realities and more. Storylines bring a mixed bag of drama, mystery, suspense, twists and romance.

I listened to the Audible edition, Dinah Roseberry does a nice job telling the story and performing the voices for all the characters. Thank you for this enjoyable story and listen.