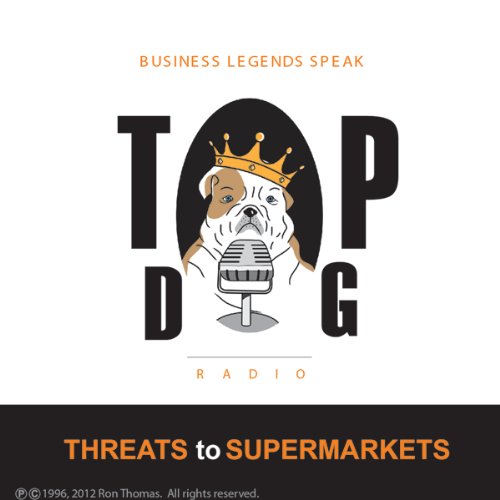 Top Dog Radio speaks with a giant of the supermarket industry, John Catsimatidis, founder and CEO of Red Apple Group and Gristedes Foods, along with two other experts in the field.

John Catsimatidis’ life epitomizes the American dream. Born from Greek emigrants who came to America penniless, Catsimatidis attained a top-level education and graduated from New York University with a degree in Mechanical Engineering. While working part-time in a family friend’s grocery store at 137th and Broadway in New York City and attending college, he was inspired to start his own grocery store in Upper Manhattan. It was so successful that it grew into a chain of supermarkets which eventually became the Red Apple Group. In 1986, the Red Apple Group purchased Gristedes Supermarkets.

Catsimatidis discusses some of the chief issues facing grocers and supermarket owners, including how small businesses can compete against big competitors (including fast food outlets and drug stores) in larger markets, the nature of changing eating habits, and controlling business costs. Catsimatidis’ 30-plus years of success in his field will educate entrepreneurs on the finer points of entering the food industry.

Top Dog Radio features exclusive interviews with legendary business leaders, sharing their innermost secrets on financial and personal success. Top Dog Radio is proud to showcase their expertise to entrepreneurs all over the world who want to learn leading business strategies and maximize their potential.

We welcome any feedback. For comments or questions, email Topdogradio@gmail.com.