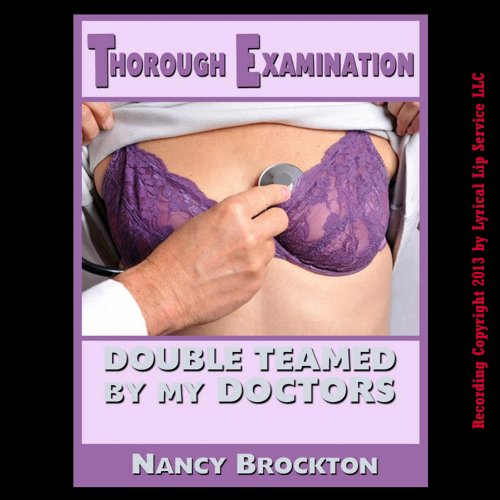 By: Nancy Brockton
Narrated by: Poetess Connie
Free with a 30-day trial

Josie has a brother, and after an injury sustained as he heroically saved two lives, he lives in constant pain. The only medicine that works for him is a highly regulated prescription opiate, and his insurance company cuts him off thinking he's just an addict. Desperate, Josie lies to her own doctors to get prescriptions written for herself. It works for a while, but eventually her doctors figure it out; and when they do, she has to come up with a new plan. In this case, the plan is giving her body to her doctors, and both of them take her hard with her first anal sex and double penetration!

What listeners say about Thorough Examination: Double Teamed by My Doctors