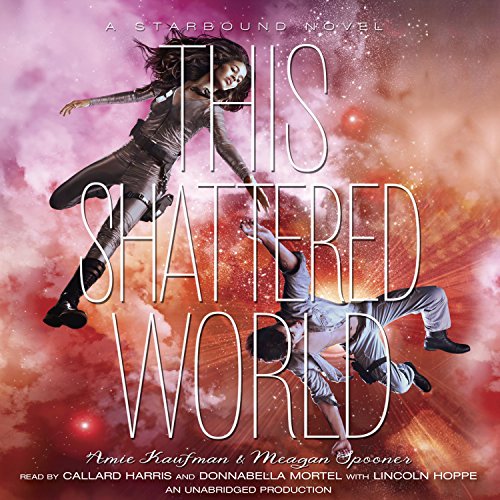 Jubilee Chase and Flynn Cormac should never have met.

Lee is captain of the forces sent to Avon to crush the terraformed planet's rebellious colonists, but she has her own reasons for hating the insurgents.

Rebellion is in Flynn's blood. His sister died in the original uprising against the powerful corporate conglomerate that rules Avon with an iron fist. These corporations make their fortune by terraforming uninhabitable planets across the universe and recruiting colonists to make the planets livable, with the promise of a better life for their children. But they never fulfilled their promise on Avon, and decades later, Flynn is leading the rebellion.

Desperate for any advantage against the military occupying his home, Flynn does the only thing that makes sense when he and Lee cross paths: He returns to base with her as prisoner. But as his fellow rebels prepare to execute this tough-talking girl with nerves of steel, Flynn makes another choice that will change him forever. He and Lee escape base together, caught between two sides in a senseless war.

What listeners say about This Shattered World

Firstly, I was a huge fan of These Broken Stars, particularly the amazing audio production. This Shattered World is in the same universe as that book and there is some character overlap/crossover, but TSW could also stand alone.

What I like most about this series is that it takes a fairly classic theme/setup, but before it can feel cliche, the story goes way out there. The basic premise is rebel leader and soldier falling in love and trying to stop the fighting, but it is also way more than that. I won't give specifics as to how it changes as that would be spoilery.

In comparison to These Broken Stars, I think that they are equally good stories but the overall production of TBS is more impressive than TSW. This Shattered World has great narrator performances and very cool sound effects, but These Broken Stars was so phenomenal with their interview segments, voice talent, and sound fx that it's a tough act to follow.

All in all, a great audiobook in its own right and a very satisfying follow-up for fans of TBS. I highly recommend it.

As Good As The First

This Shattered World, the second in the Starbound Series, is a solidly written sequel using different characters but in the same spirit as the first book. Drawing heavily upon Shakespeare's Romeo and Juliet (references abound, from a planet called Avon, to a nickname of Romeo, to the main character being from Verona), our star-crossed lovers are separated by ideologies rather than class.

Story: Jubilee Chase is a captain on a backwater planet, Avon, trying to keep the peace against insurgents. But there are strange going-ons, the terraforming keeps stalling, and the people are starving. When Finn Cormac walks into her bar, "Stone Face Chase" Lee is going to get more than she bargained for as she is drawn into a battle that is far greater than just rebels and military.

Those wondering about the book having different characters from the first need not fret - Lilac and Tarver do show up later, though only in a support capacity. But the anomalies encountered in the first book are expanded upon in This Shattered World as Lee and Finn discover they each have a connection to the inter-dimensional beings.

The tone and storytelling, romance and action, characters and world building remain true from the first book to the second. Lee is tough but flawed and Finn is earnest and strong. The authors cleverly work in the Romeo and Juliet signatures into a sci fi setting - so much so that only the occasional references harken back to Shakespeare.

I really appreciated the diversity in the story - from same sex relationships to a main character part Chinese and whose family want her to maintain the culture. We didn't have a bunch of straight Caucasians running around pretending no other ethnicity or orientation existed.

The only downside for me was the prototypical boring villain and a reliance on the old "Big Misunderstanding" cliche. It's yet another situation where if the characters simply talked instead of answering in riddles, they'd not have had as much difficulty progressing in their relationship or story.

I listened to the Audible version and admittedly was very disappointed by the narration. The voice actors are good but I felt that a planet full of Irish settlers who had proudly held on to their culture would have at least had either accents or more Celtic flavor in the narration. Instead, Finn just sounded like an American guy. As well, the chapter segues were done in a male voice with a bunch of whispering in the background - both were so distracting that I had a hard time concentrating on the metaphors being presented.

In all, great book but only OK narration.

I Highly Recommend This Book

Much like the first book of this series, I was instantly drawn into the story. Again you are transported to a beautifully written Sci-Fi world (set in the same time as the first) with non-stop action and thrills. Although the worlds are similar, the characters, planet and story are very different. Unlike the slow burn of the first book, this one starts out with a bang and never lets up until the end. It was absolutely thrilling. Narration was great too. I can’t wait until the next book by this author.

I fell in love with the story and characters, it is Soul wrenching reminder of humanity and love even when dealing with struggles too hard to comprehend. they do an amazing job with the audiobook really bringing the characters to life

I liked this, but I just feel it was a little scattered. I still enjoyed this and will definitely finish the trilogy.

Plot was a nice idea, too bad writing wasn’t

Decent story though I don’t understand who the intended audience is for this book. If it’s teens and tweens then why the F bombs? If it’s YA then why the cringe cheesy romance? Didn’t care for the creepy narrator at the end of every chapter. That part was probably better in written form

Original, fully realized, unique fantasy, free of dragons and wizards. Characters that jump off the page, complex and real with thrilling plots and themes from beginning to the end of this book. Loved it!

Struggled to finish this book....

Struggled to finish this book....but still liked. I thought the first book was hard to get into at first,but ended up loving it. This book started out good, but often lost interest. Overall I enjoyed, but will not be picking up the next book in the series.

Narration was fine..it was story was the issue.

This was a good second book for the series although both books can really stand alone. This story did bring in the characters from the first book and tie them in at the end so we get a glimpse of their HEA. The interaction between the lead characters was a bit unlikely and I would have enjoyed a better build up like in the first book but that's just my personal preference. Overall, I would definitely listen to this again and I did think is was worth the credit. I'll also be looking forward to the third book in the series when hopefully the bad guys gets taken down.

I loved the first book in the series, adored the second and can't wait to see if there will be a third. This is one of those book series that I don't ever want to come to an end.

This was a really good story , but not as amazing as the first book . Looking forward to the next book