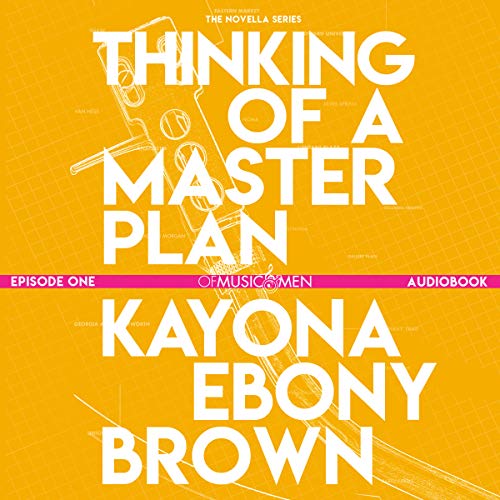 Thinking of a Master Plan (Of Music and Men)

Brilliant but broke, a single, young entrepreneur struggles to build an independent record label, while navigating the country’s worst city for bachelorettes and an unassuming place for music success: Washington, DC.

Washington, DC might be the gayest place in America. It’s the city with the highest number of same-sex relationships, but the lowest (straight) marriage rate in the country.

Now, imagine being a young, single, straight woman, trying to play as an obvious underdog in DC’s dating game, while also struggling to build a business in music in a town that’s setup for legislation and politics, not entertainment.

Of Music & Men is an episodic novella series created by Kayona Ebony Brown that takes you into the lives of a diverse ensemble of interconnected millennials navigating the country’s bleakest dating scene, while delving intimately into the life of Kenya Shaw, an aspiring music mogul whose big dreams may outweigh her ability to fulfill them.

In episode one, Thinking of a Master Plan, for Kenya Shaw, it’s been four years now trying to establish her independent record label from the basement of her father’s house, but when opportunities for commercial success finally appear tangible, she decides to detour from her original course with the hopes of getting her company to the next level. She soon discovers that planning success is futile.

Throughout the series, you get to see the inner-workings of the independent music scene, and how a unique millennial and her single friends try to find love within the bleakest dating scene in the country.

No money, no support, no connections, not to mention she’s in the “wrong town” for this kind of thing, right? With an unforgettable cast of characters, Of Music and Men is the story of what it’s like for relatively new adults struggling to understand these new rules of life, love, and independence.

Kenya takes you on her journey through the early years of entrepreneurship, and you experience the indelible impression her family, friendships and relationships have on her maturation… both with music and with men.

This is truly a Master Plan that works!!

Kayona, delivered a brilliant perspective on not just our hometown of Washington, DC but to be living out a brilliantly creative truth all the while being a single heterosexual woman in DC who just so happens to be black and a creative. Kayona has such a mesmerizing voice and perfectly delivers a storyline that is indeed funny Haha funny as much as it is serendipitous funny. There are times that my thoughts streams of How creative one has to be in a industry that seems to have almost left the water well half full in the way of how to creatively promotes artists independent artist alike today. Job well done Kayona!!! I will definitely recommend this episode to my friends as I eagerly await for more chapters to be revealed.