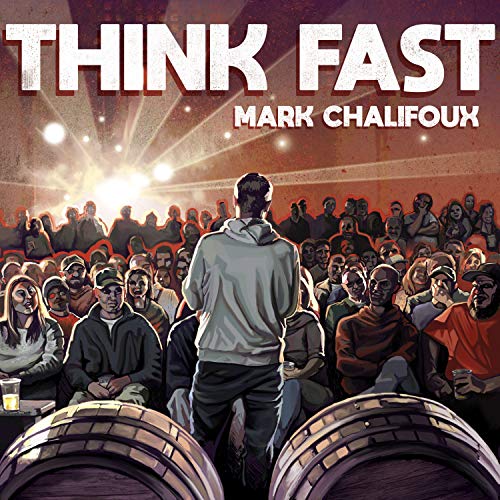 Mark Chalifoux is a stand-up comedian whose debut album “Think Fast”, produced by Rooftop Comedy, will be released August 17. Chalifoux, called a “hilarious up-and-comer” by College Humor, has been featured on Fox and IFC, as well as on the “Bob and Tom” show and BBC radio. His Midwestern upbringing contributes to the laid-back, relatable style that belies a sharp-wit and unflinching honesty honed through his rise in the comedy clubs of New York City.

Recorded at Go Bananas in Cincinnati, “Think Fast” is a traditional jokes-in-a-nightclub album, focusing on Chalifoux’s experience as a father raising young kids and includes stories ranging from his disastrous marriage proposal, the time his response to a wrong-number text went viral, the joys of social media, squaring off with Xbox cyberbullies, his failures as a preschool parent, a bizarre first date, and 21st-century marriage problems.

What listeners say about Think Fast

Mark paints a phenomenal picture of being a husband and a father- then proceeds to hit you hard with comedic genius.