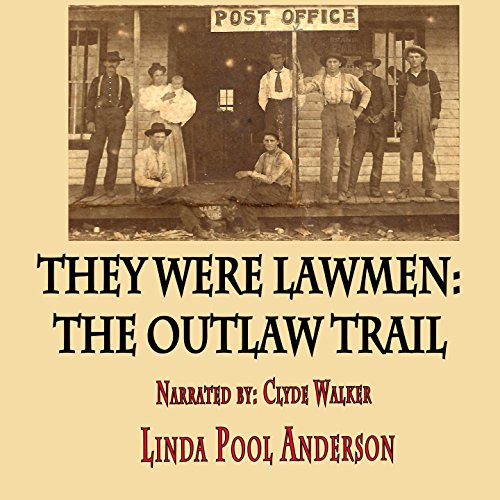 By: Linda Pool Anderson
Narrated by: Clyde Walker
Try for $0.00

This is the story of Charles Barnhill and his brothers, Abel and James, devoted peace officers who worked as deputy US marshals in the Indian Territory from 1879 to 1896. Those were the days of the prominent Judge Isaac Parker, the Hanging Judge, whose legendary authority subdued "Hell on the Border". Known among outlaws as "the Bible-believing marshal", Charley never took the life of a fugitive, although he and Abe were involved in many gun battles and wounded multiple times in the performance of their duties. Fellow notable lawmen, Heck Thomas, Bass Reeves, and Tyner Hughes were their companions.

What listeners say about They Were Lawmen