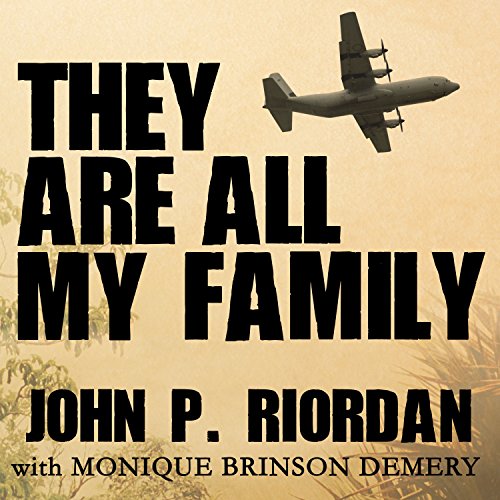 They Are All My Family

They Are All My Family

Published for the 40th anniversary of the final days of the Vietnam War, this is the suspenseful and moving tale of how John P. Riordan, an assistant manager of Citibank's Saigon branch, devised a daring plan to save 106 Vietnamese from the dangers of the Communist takeover.

Riordan - who had left the military behind for a career in international banking - was not the type to take dramatic action, but once the North Vietnamese Army closed in on Saigon in April 1975 and it was clear that Riordan's Vietnamese colleagues and their families would be stranded in a city teetering on total collapse, he knew he could not leave them behind. Defying the objections of his superiors and going against the official policy of the United States, Riordan went back into Saigon to save them.

In 15 harrowing trips to Saigon's airport, he maneuvered through the bureaucratic shambles, claiming that the Vietnamese were his wife and scores of children. It was a ruse that at times veered close to failure, yet against all odds the improbable plan succeeded.

They Are All My Family is a vivid narrative of one man's ingenious strategy that transformed a time of enormous peril into a display of extraordinary courage.

"A nail-biting account of one man's quiet heroism in the face of impossible odds." ( Kirkus)

This was really great

Its nice to find the redeeming stories of Vietnam & this is one of them.

Narrator, do your homework!

Great book, great story. Narrator did an overall good job, except his pronunciation of Vietnamese words was atrocious! I still highly recommend the the book. Should be a movie.