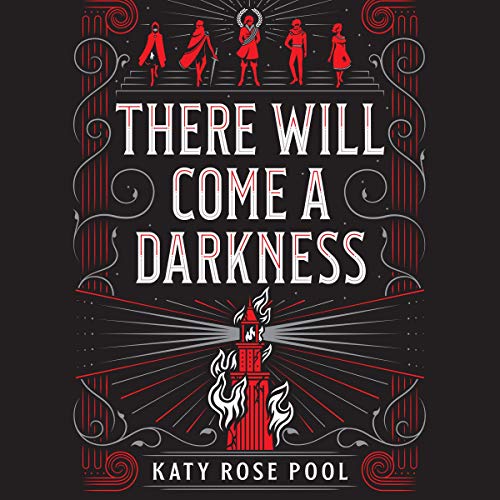 There Will Come a Darkness

Leigh Bardugo's Six of Crows meets Kristin Cashore's Graceling, with a dash of Winter Is Coming, in this showstopping debut YA fantasy!

The Age of Darkness approaches. Five lives stand in its way. Who will stop it . . . or unleash it?

For generations, the Seven Prophets guided humanity. Using their visions of the future, they ended wars and united nations - until the day, 100 years ago, when the Prophets disappeared.

All they left behind was one final, secret prophecy, foretelling an Age of Darkness and the birth of a new Prophet who could be the world’s salvation . . . or the cause of its destruction. With chaos on the horizon, five souls are set on a collision course:

A prince exiled from his kingdom.
A ruthless killer known as the Pale Hand.
A once-faithful leader torn between his duty and his heart.
A reckless gambler with the power to find anything or anyone.
And a dying girl on the verge of giving up.

One of them - or all of them - could break the world. Will they be savior or destroyer?

Perfect for fans of Throne of Glass, Children of Blood and Bone, and An Ember in the Ashes.

Praise for There Will Come a Darkness

“Even in a world filled with graces and prophets, the real magic of There Will Come a Darkness is in how Pool has crafted her heroes - messy, flawed, and so beguilingly human. I dare you not to fall madly in love with all of them.” (Laura Sebastian, New York Times best-selling author of Ash Princess)

What listeners say about There Will Come a Darkness

I really wanted to like this book but unfortunately I couldn’t even make it through to the middle. The only bright spot was the narrators performance .

I got drawn in by the story

Normally I am a romance girl. Now this book does have it but the build-up is slow. I stayed hooked on the world-building and characters that I didn't even notice the slow burn.

A beautiful story of intrigued, with as many questions at the as the beginning. can't wait for to read the next part.

there will come a darkness

I loved these kids, their determination & grit

This definitely kept me on my toes and wanting to keep reading.. loved the characters

The narrator is soft spoken and a bit heavy on the sibilance which makes it difficult to understand at times. Great story.

I was so looking forward to this book and may still but the physical copy but trying to listen on audible was impossible due to the narration. His voice had no emotion whatsoever and every character sounded the same—dull. I will be noting this narrater’s name down to avoid in the future.

Loved the story, loved the narration. Can’t wait for the next book in the series to come out.