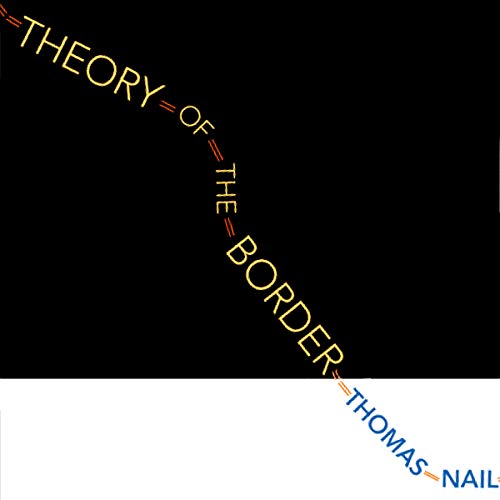 Theory of the Border

By: Thomas Nail
Narrated by: Doug McDonald
Try for $0.00

Despite - and perhaps because of - increasing global mobility, there are more types of borders today than ever before in history. Borders of all kinds define every aspect of social life in the 21st century. From the biometric data that divides the smallest aspects of our bodies to the aerial drones that patrol the immense expanse of our domestic and international airspace, we are defined by borders. They can no longer simply be understood as the geographical divisions between nation-states. Today, their form and function has become too complex, too hybrid. What we need now is a theory of the border that can make sense of this hybridity across multiple domains of social life.

Rather than viewing borders as the result or outcome of pre-established social entities like states, Thomas Nail reinterprets social history from the perspective of the continual and constitutive movement of the borders that organize and divide society in the first place. Societies and states are the products of bordering, Nail argues, not the other way around. Applying his original movement-oriented theoretical framework "kinopolitics" to several major historical border regimes (fences, walls, cells, and checkpoints), Theory of the Border pioneers a new methodology of "critical limology", that provides fresh tools for the analysis of contemporary border politics.

"An ambitious, rich and suggestive work that has much to offer political theories of migration." (LSE Review of Books)

"This book is genuinely new and profound...a model of the best that philosophy can do." (Notre Dame Philosophical Reviews)

What listeners say about Theory of the Border