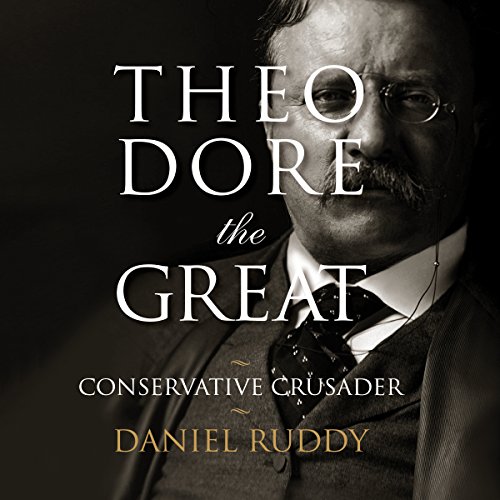 By: Daniel Ruddy
Narrated by: Darren Marlar
Try for $0.00

Theodore Roosevelt has a complicated legacy. To some, he was the quintessential American patriot and hero, a valiant soldier and hawkish leader. Others remember him as the Progressive cultural icon, the trust-buster who split from the Republican Party.

So who was the real Teddy Roosevelt?

Daniel Ruddy's new biography cuts through the impenetrable tangle of misconceptions and contradictions that have grown up over the last century and obscured our view of a man who remains one of the most controversial and misunderstood presidents in US history. Weighing Roosevelt's lifetime of actions against his sometimes contradictory Progressive rhetoric, Ruddy paints a portrait of a man who led by undeniably conservative principles, but who obfuscated his own legacy with populist speeches. By focusing on Roosevelt's actions and his effect on American history, Ruddy clears the cobwebs and presents a real and convincing case for remembering Theodore Roosevelt as a great conservative leader.

What listeners say about Theodore the Great