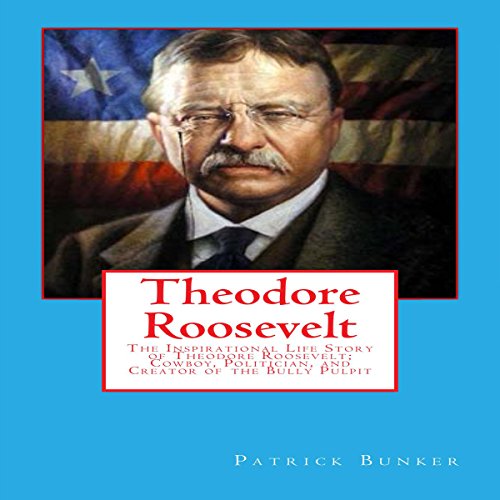 By: Patrick Bunker
Narrated by: Bobby Hundley
Try for $0.00

Theodore Roosevelt was the 25th President of the United States of America. This was only one of the many major accomplishments this man made in his productive life. The story of Roosevelt's life has inspired many people to make great accomplishments. Roosevelt was born into a wealthy family, but this did not mean he would have an easy life. He suffered from health problems at an early age. As a child he learned that he would have to work a lot harder than most people. This book will teach you about the life of this great leader. The story of Roosevelt's life will show you how anyone has the ability to work hard and achieve their goals. You will learn about this man's life from a perspective that is not biased by politics. Here is a preview of what you'll learn when you download you copy today:

What listeners say about Theodore Roosevelt