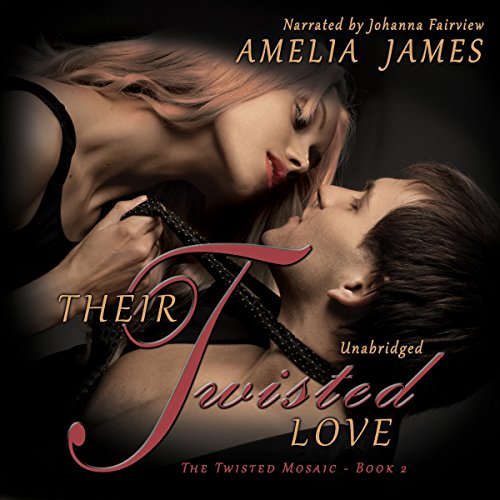 By: Amelia James
Narrated by: Johanna Fairview
Try for $0.00

Alex has everything he wants. He loves the power that comes with his job, and fooling around with his boss provides the illicit kink he needs. He's in charge and trusts no one.

Will should've learned something from his disastrous past, but he's distanced himself from everyone who loved him, keeping the pain in protective custody. He has no use for entanglements.

Talia has a new man, safe and secure - and boring as hell. She won't sleep with him until she knows she wants only him. But she can't forget, or forgive, the men who indulged her wildest fantasies and violated her trust.

They're happy apart...until Alex's case forces them back together, and Talia discovers she still craves both her former lovers. Can only one love her enough to satisfy her twisted desires and provide the stability she needs?

Sometimes, the wrong reasons are the only reasons.

(His Twisted Choice, the final piece of The Twisted Mosaic, will be available July 22, 2013.)

What listeners say about Their Twisted Love

Johanna Fairview is perfect for this hot book. I really enjoyed this story, it is the second book in this series. Talia's life is now getting hot.. The sex scenes were so steamy and raunchy, This book ends with a cliffhanger . So warning you hot and steam and cliffhanger