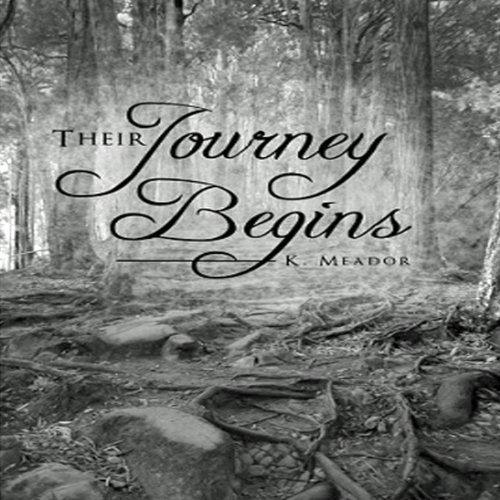 A prequel featuring individual short story vignettes of Greggory, Robert, Marissa, and Daniel before their lives converge in Journey to Freedom.

Greggory is a half-breed; a mix of Indian and black blood, and struggles both emotionally and physically with hatred and prejudice. Robert is a slave on a Florida plantation who takes in the starving, angry young Greggory, under his wing and helps him grow into a man of honor.

Marrissa is a young girl who watches her mother waste away working as a maid in the saloon. Dodging the advances of the owner and his threats to put her in service, Marrissa dreams of having a better life and strikes out on her own after her mother's death.

Daniel is an introvert who finds safe haven away from civilization and his past. His business of trapping is successful and he finds contentment in the simple life he leads until he has two visitors.

Set amid the tumultuous backdrop of the American Civil War, Journey to Freedom, chronicles the harrowing misadventures of individuals through nineteenth century America, battling violence, prejudice, and the inherent struggles of their time. Join author K-Trina Meador for a touching saga of love, faith, and survival.

What made the experience of listening to Their Journey Begins the most enjoyable?

Having the characters brought to life.

What other book might you compare Their Journey Begins to and why?

This book is the prequel to Journey to Freedom. I have read both books, which is not just for Civil War buffs. Ms. Meador gives the reader an insight into the lives of those who lived through such perilous times.

Have you listened to any of Anthony Charles’s other performances before? How does this one compare?

This is my first experience with Mr. Charles's work. His voice was perfect for this work.

If you could take any character from Their Journey Begins out to dinner, who would it be and why?

Black Arrow. I would be interested in hearing about Native Americana folklore that would not be mentioned in history books.

Without giving too much away, suffice it to say this prequel piques one’s interest - I want to know what happened to them.

Clever way to entice it's reader!

Would you listen to Their Journey Begins again? Why?

It has a great storyline and narration that I could see myself listening to again. Yes, I would. I save the downloads on my computer.

I would have to say I was compelled by Daniel. He had a soft and easy way about him.

After I read the book I saved a few quotes that I liked. This was one. This is a touching story. I liked reading the book and listening to it on audiobook too. What a great way to get into a story.

"Today would be the last day mama sat with Daniel on the porch. The remaining few crackers sat between them, along with a glass of water. Her face was pale and lined with worry, but she was still the prettiest woman he had ever seen."

If you could rename Their Journey Begins, what would you call it?

I wouldn't change the title at all. Works perfectly!

"Their Journey Begins" is a very clever way to entice it's reader to want to read more by the author and this book did just that.

These stories all by K. Meador are well written, dripping with real-life emotion and adventure. The characters drew me in and the story lines made me appreciate my life just a little bit more. These stories pulled on my heartstrings and at the same time left me wanting more. Good thing there are full length books available. These tales kept me cozy while I escaped into other lives  and time periods. These powerful intros caught me off guard. So emotional and moving.

Have you ever had a book that just drew you in from the very first? I have had many, many books that I almost gave up on because it was so slow ... THIS IS NOT ONE OF THEM. I was anxious to find out what happened to the characters, I cried for them, I laughed at them, I rejoiced with them as well.

I love, love this book. I have read it twice and will read it again. You will love this book as well, I am 100% sure about that, without a doubt.

If you could sum up Their Journey Begins in three words, what would they be?

Which character – as performed by Anthony Charles – was your favorite?

The mistreatment of the slaves and the plight for them to gain their freedom at all costs.

This Is an anthology of 3 separate stories. I am eager to read the full length novel, Journey to Freedom, now.