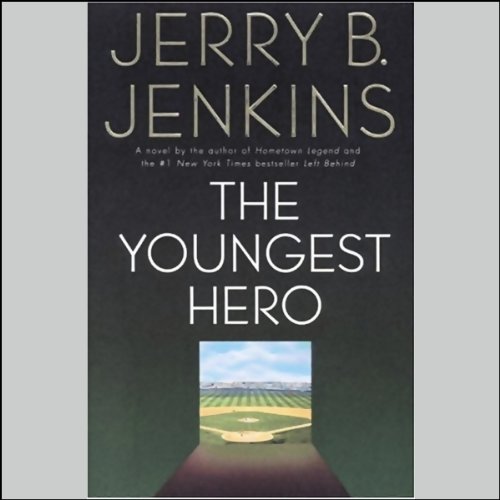 By: Jerry B. Jenkins
Narrated by: Laurie O'Brien,Jack Sondericker
Try for $0.00

Jerry B. Jenkins, the author of Hometown Legend and co-author of the Left Behind series, returns with the story of a boy who has been bestowed a gift that presents the challenge of a lifetime, and of the mother determined to help him become The Youngest Hero.

Miriam Woodell realizes that the man she married, though charming and athletic, is gripped by a dangerous darkness. She has no choice but to save herself and Elgin, her young son - leaving rural Mississippi for the big, cold city of Chicago.

Strong and resolute, Miriam struggles to survive. Meanwhile, Elgin pursues a seemingly impossible dream. Fueled by the lessons his father taught him, he plays ball on the concrete streets and even sets up a batting cage in the basement, using a decrepit, malfunctioning pitching machine to teach himself to hit.

By spring, Elgin is ready to find a team. By the end of the summer, everyone will be talking about the 11-year-old who plays baseball like a high school star - a prodigy on his way to greatness, despite staggering odds.

Yet Elgin must still come to terms with his father, whose life has reached a dead end. With a new man entering Miriam's life and scouts wooing Elgin, mother and son must learn painful lessons about themselves, each other, and the people they are forced to trust.

"Baseball fans will gladly stick with the story until the final inning." (Publishers Weekly)

What listeners say about The Youngest Hero

A word of caution to all of the fans of Jerry's many Christian books: this is not one of them. The characters are engaging and the writing keeps you moving, but I kept waiting for the spiritual side of their lives to come forth. It never did.
Perhaps this had to do with this book being published by Time Warner.

Great story, very touching. Struggle to put down and felt down to earth with the story lines.

I found the plot lacking and very stereotypical in a way of a Christian style love story and plot...in a way. Not my favorite one and am usually impressed with this author.

It's different from the book!

this is one of my favourite books so I noticed the changes. love it though!

The only negative thing I would say about this audio book is I just could not make myself stop listening. It was interesting from the very start until the very end. Great book!!