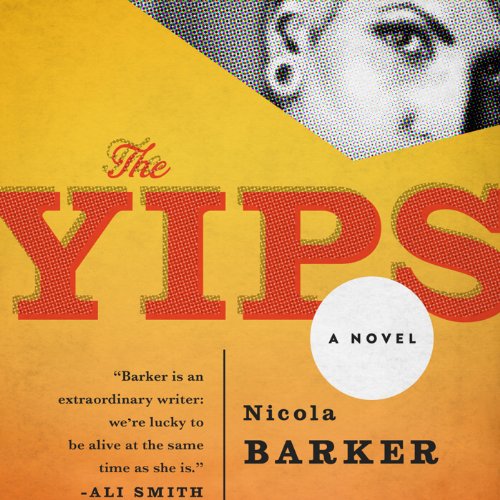 By: Nicola Barker
Narrated by: Jenna Berk
Free with a 30-day trial

Storm clouds are gathering above the bar of the less-than-exclusive Thistle Hotel.

Stuart Ransom, a jet-setting, supermodel-chasing pro golfer with an extravagant ego and a career nearing the end of a spectacular decline, is drinking his way through the night. Desperate for attention, he strikes up free-flowing conversations with anyone who will listen. But as he banters with Jen, the impish barmaid with a talent for telling tall tales rivaled only by Stuart’s own, the night takes an extraordinary turn.

Among those caught up in the unfolding drama are a tattooist with a mad mother and a love of anything from the 1940s; a free-thinking Muslim sex therapist and his considerably more conservative wife; the mysterious Vicki, the sister of Stuart’s defiant yet curiously devoted manager; and a misguided female vicar of the Church of England and her husband, Gene, the Thistle’s hapless bartender.

They are a highly entertaining and eccentric bunch, but there’s more to them than meets the eye.

What listeners say about The Yips