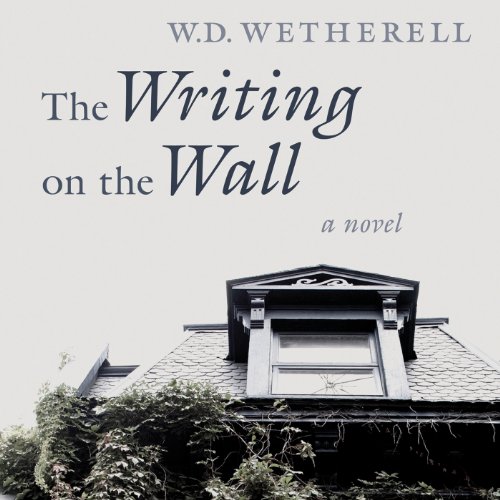 The Writing on the Wall

The Writing on the Wall

When Vera decides to travel to an old house in the New England countryside for a month-long escape from some devastating news about her daughter, Cassie, she has no idea her life is about to change forever. It begins innocently enough—peeling the old wallpaper from the walls as a favor to the house’s owner. What she discovers underneath—written in India ink on the very walls of the house by a woman named Beth, in 1919—is the beginning of the reader’s unsettling crossing into the unknown world underneath the paper.

The Writing on the Wall is a brilliantly realized journey into the connected lives of three women whose stories span a century, linked by the house they all briefly inhabit, and by the tragedies they've had to endure. And it's not just their own stories that reveal themselves. A brilliant schoolteacher, back from the war in the trenches, finds the pupils of his dreams. A young Vietnam draftee makes a stubbornly quirky separate peace. The moody, dangerously charismatic leader of a commune becomes the unlikeliest of heroes. An “ordinary” housewife's lonely battle propels her onto the national stage. A girl sent to Iraq tries making sense of the chaos and the pain. The Writing on the Wall is about stories that can't be told, but must be told—about secrets that can't be shared, but must be shared—and the surprising ways people find to confront the truth.