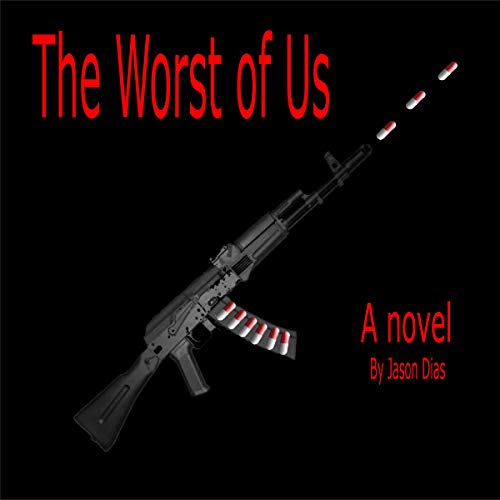 The Worst of Us

The Worst of Us

Elbert MacAvoy can't escape his past in the jungles of Vietnam. Terrible things happened to him out there - and he himself did terrible things. Lisa Jayne, his newest psychiatrist, can't escape her future or her dead father. She blames herself for his death. Their fates entwine. Elbert's old boss wants to kill them both and use their bodies. The jungle merges with the hospital. Time has become ambiguous. But it is running out for both of them.

Not really sure where to start with how to describe this book. It is definitely a haunting story that kept me on the edge wondering what was coming around the next corner. There are lots of twist and turns and you really don’t fully understand what you are listening to until it is over. I would classify this as a psychological horror that will get under your skin.

The characters are quite unusual and their dialogue amongst each other was quite unique as well. I loved every minute of it and found this to be quite different from the typical horror stories I come across. I will say that this isn’t a book you can listen to while multitasking. I felt that while listening I really had to dedicate myself to fully understanding what was going on. The story is quite remarkable and deserves a close listen.

It took me a little bit to get used to the narration. Cheatham’s character voices sounded a bit eccentric, but as the story progressed, I realized that they worked perfectly for the characters. The story itself is a bit eccentric and eventually I realized I wouldn’t have wanted to listen to the story without Cheatham’s narration. His whispering towards the end of story reminded me of the haunting scenes in Twelve Monkeys where Louie was whispering to Cole, definitely creeped me out.